Lorraine took a day off today, so I was walking by myself. A beautiful day - my plan was to park at the end of the Skiddaw House road and from there climb Bakestall - one of my two remaining Wainwrights from the Northern Fells book. 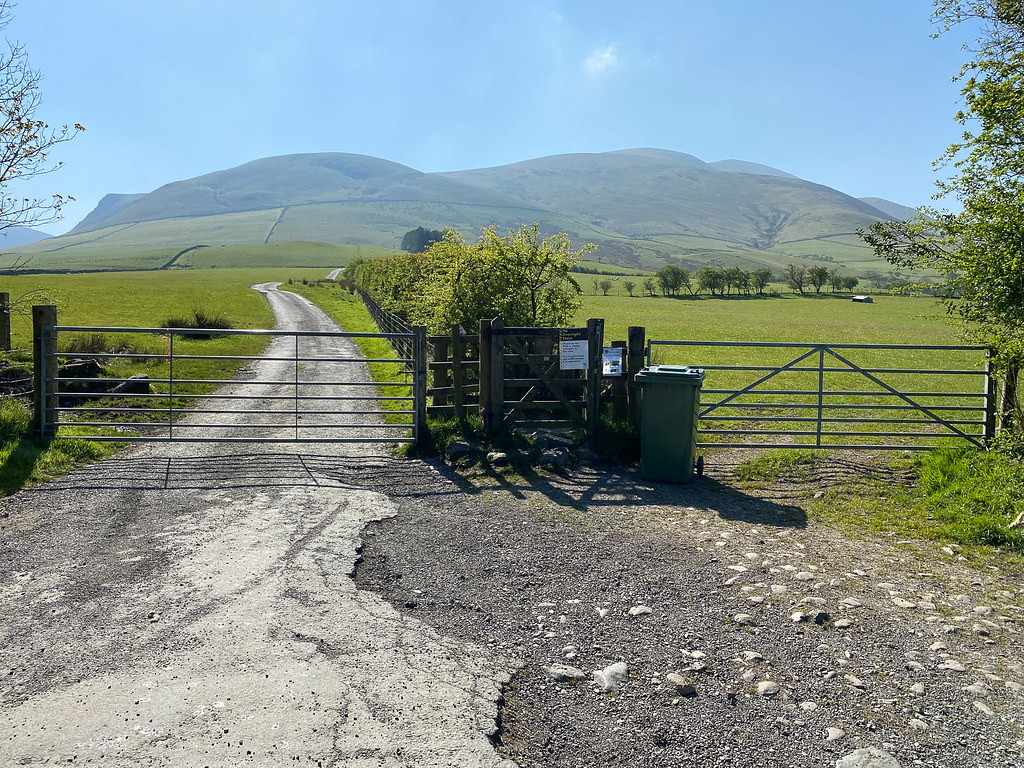 Setting off along the Skiddaw House Road

There was plenty of space still to park at Peter House Farm when I arrived, despite it being a Bank Holiday weekend, and I was soon walking along the Skiddaw House road, and looking across the valley at where we had been yesterday, Great Cockup.

Speaking of great cockups, it was at about this point that I realised I had forgotten to change into my walking boots. Worse, I had not even brought them with me - they were still in the cottage back at Hartsop. Fortunately my standard everyday shoes are "walking trainers" that do a pretty good job as lightweight walking boots - proper Vibram soles etc, just not so much ankle support and not so bog-proof. I decided I could probably get away with it. 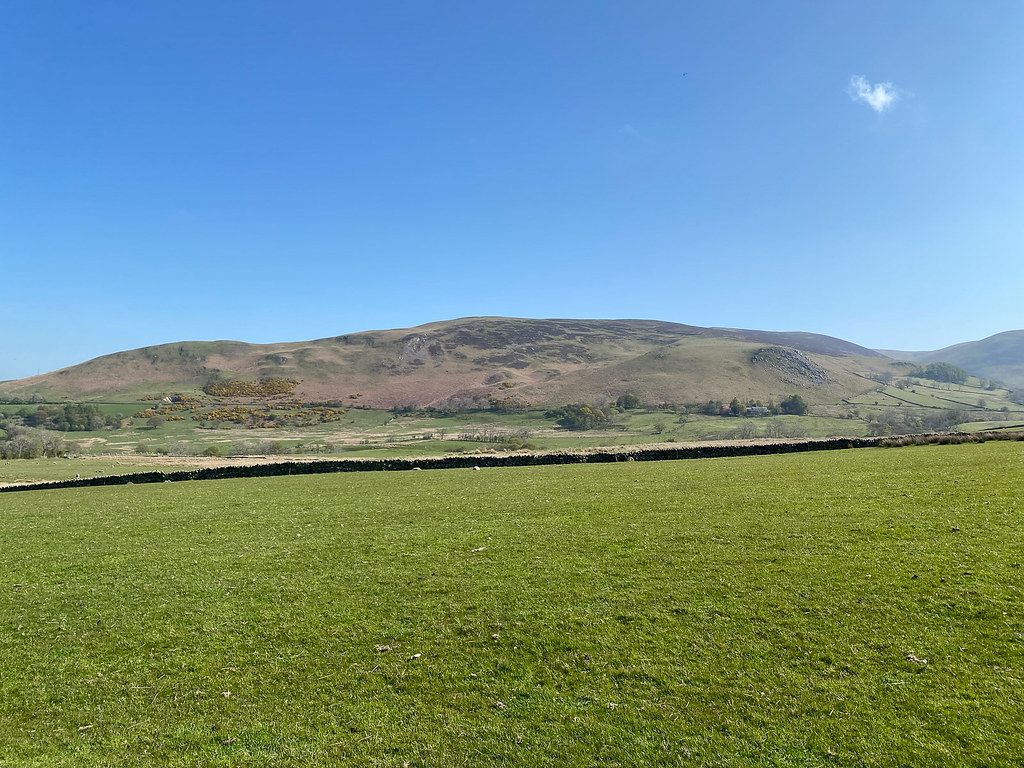 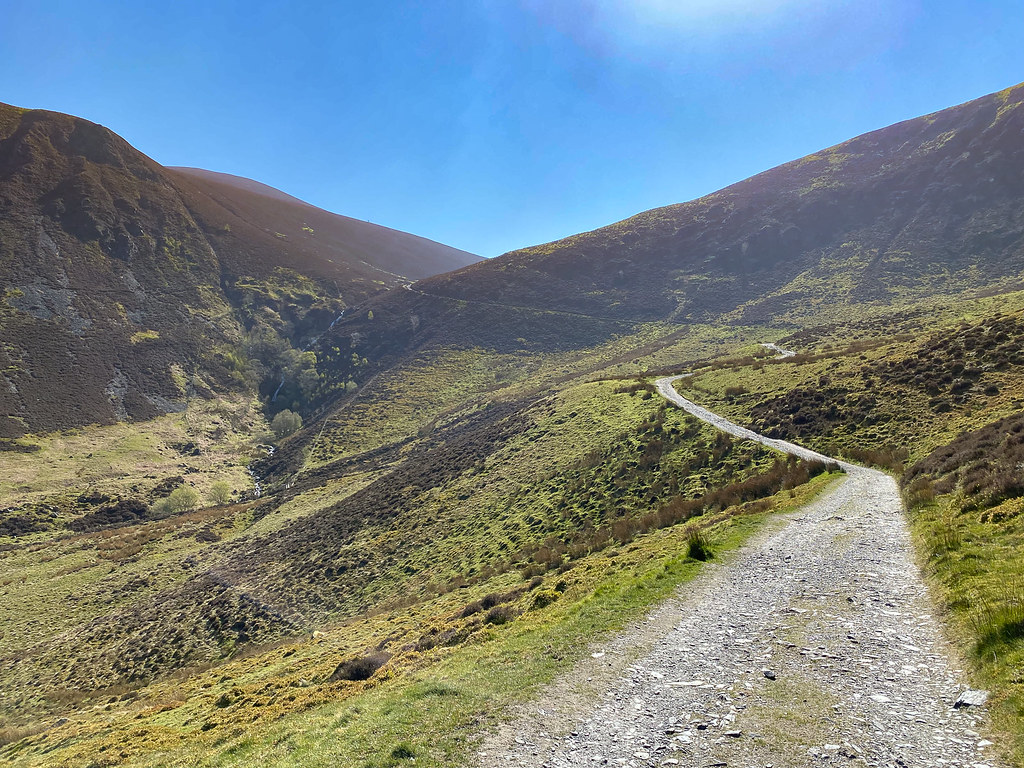 I got to the top of Dash Falls and prepared to ascend towards Bakestall. A couple of fell-runners appeared from the fellside, looking very muddy, and I was concerned that my shoes might not be up to the task if the ascent to Bakestall was boggy. But it turned out to be only the first few feet that were boggy - after that everything was very dry underfoot, and in fact the lightweight shoes were probably an advantage for the trail ahead rather than a problem. 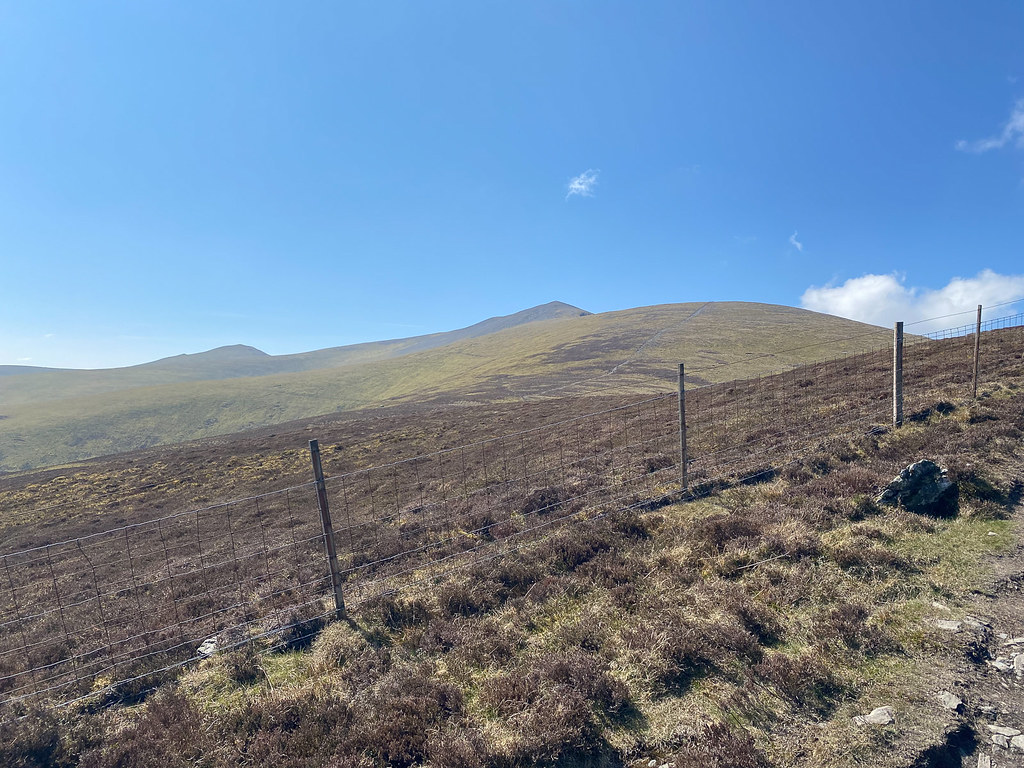 Skiddaw and Little Man, calling me

I had not at this point thought of going further to tick off Skiddaw Little Man too - my perusals of the map the previous evening had led me to think it would be quite a trek with no obvious route except over the top of Skiddaw. But it did look very inviting as I approached the summit of Bakestall, and I had made very good time, and it was a lovely day... 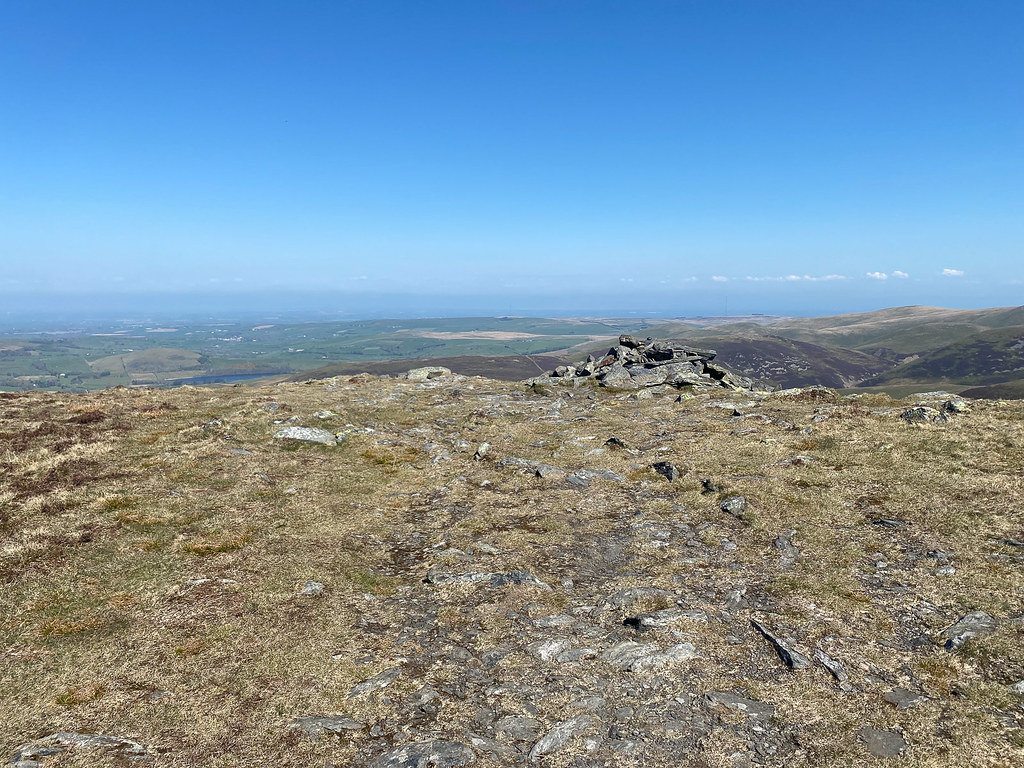 I paused at the top of Bakestall to check out the options in Wainwright more carefully. "Ridge walk to Skiddaw, 900ft of ascent, a mile and a quarter, a simple and tedious climb". I could handle that, and from there my real destination of Little Man would be simple. Getting back was a problem to solve later (though back over the top of Skiddaw a second time was NOT likely to be the preferred option). 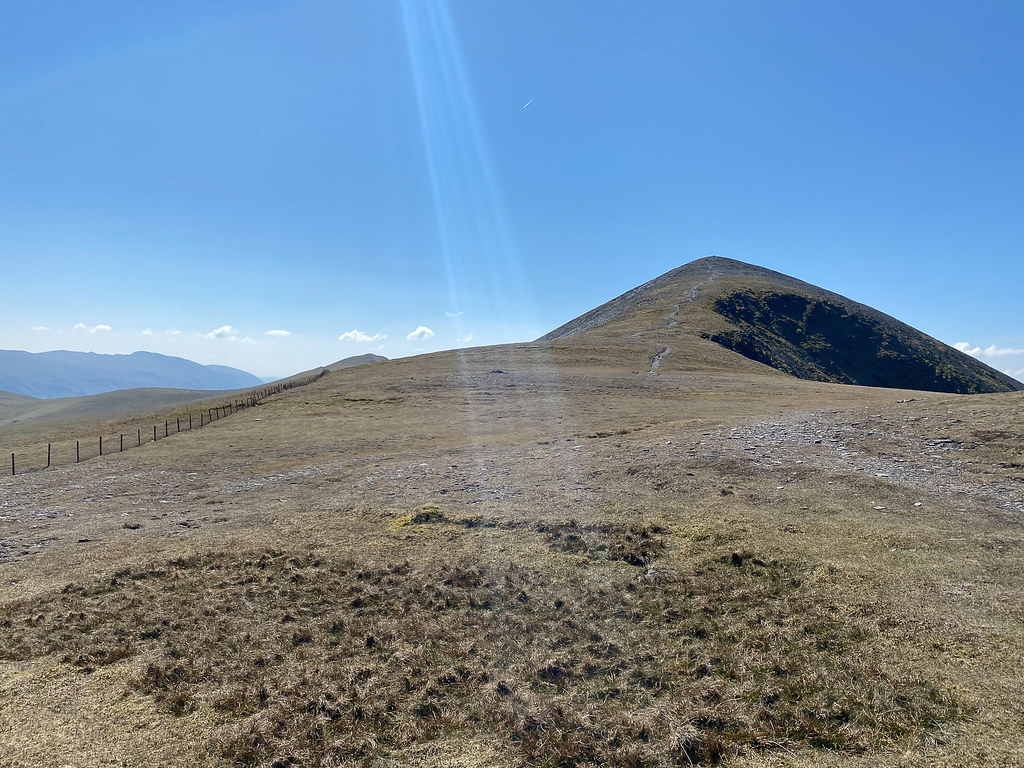 The ridge walk to Skiddaw was as simple as promised - though I did not find it tedious. The bit from the North col was especially pleasant, with fine paths throughout and a bullseye to the summit. Skiddaw looked a fine shape from this angle, pointed as a mountain should be.

Once I reached the top of Skiddaw, the character of the fell, and the walk, changed rather. Up to this point it had been a typical Northern Fells walk, with very few other walkers encountered, and those that were always keen to talk about routes, plans life stories, etc... But the top of Skiddaw was full of people, all chatting in their groups but ignoring everyone else. I felt a bit of an interloper having come up the "wrong way"...

Skiddaw summit is a weird one, stretched out for half a mile of so with lots of more-or-less equivalent status tops, each with a cairn and/or shelter (and each with a group of people eating lunch). The path along the summit must be 20 feet wide. The views were spectacular, with the whole of Lakeland laid out in front.

I didn't linger to take in the views, as according to Wainwright those from Little Man were even better, and I wanted to get away from the crowds...

Descending from Skiddaw towards Little Man, I remember some snippets of my previous ascent of Skiddaw - I was probably about 8 or 9 years old. I don't recall a lot, except that it felt like the climb went on for a long time, and I think it was probably poor weather as I remember nothing of the view. I don't remember whether we visited Little Man on the way (which was why it was still on my to-do list even though Skiddaw was not) but I suspect not - in poor weather with an 8-year-old in tow, I don't think my father would have decided to make things any harder than they had to be... 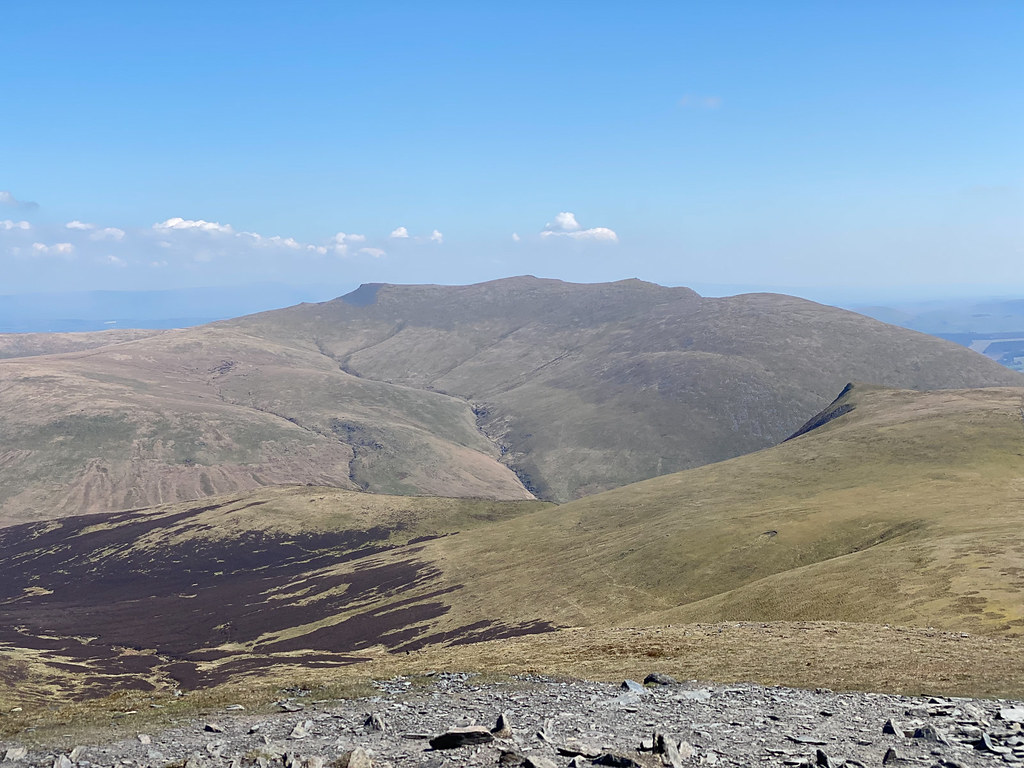 The views from Little Man were as good as Wainwright had promised - I don't know if they are the best to be had from any summit, as there's a lot of competition, but they are certainly good, and it was a good day for them.

I took some time at the summit to decide what my options for the return leg were. I had three options - back the way I had come over the top of Skiddaw (felt like a lot of hard work!), try to find a path to Bakestall around the side of Skiddaw following the fence (seemed plausible, but the descent from Bakestall didn't especially appeal), or down over Sale How to Skiddaw House (leaving quite a long trek back along the supply road). In the end the latter seemed the best option - perhaps a little longer in distance but certainly the easiest terrain with simple gradients. And I had never been to Skiddaw House...

Skiddaw and Little Man from Sale How

The descent over Sale How was as easy and pleasant (and deserted) as Wainwright had promised, and I was soon back on the supply road at Skiddaw House. 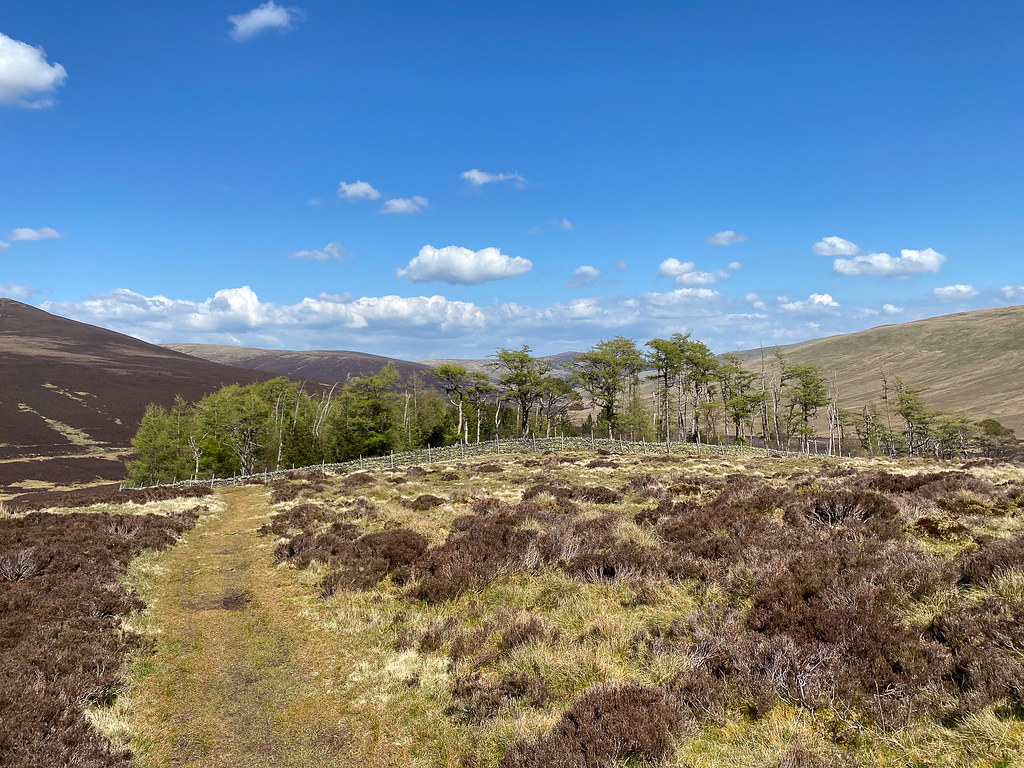 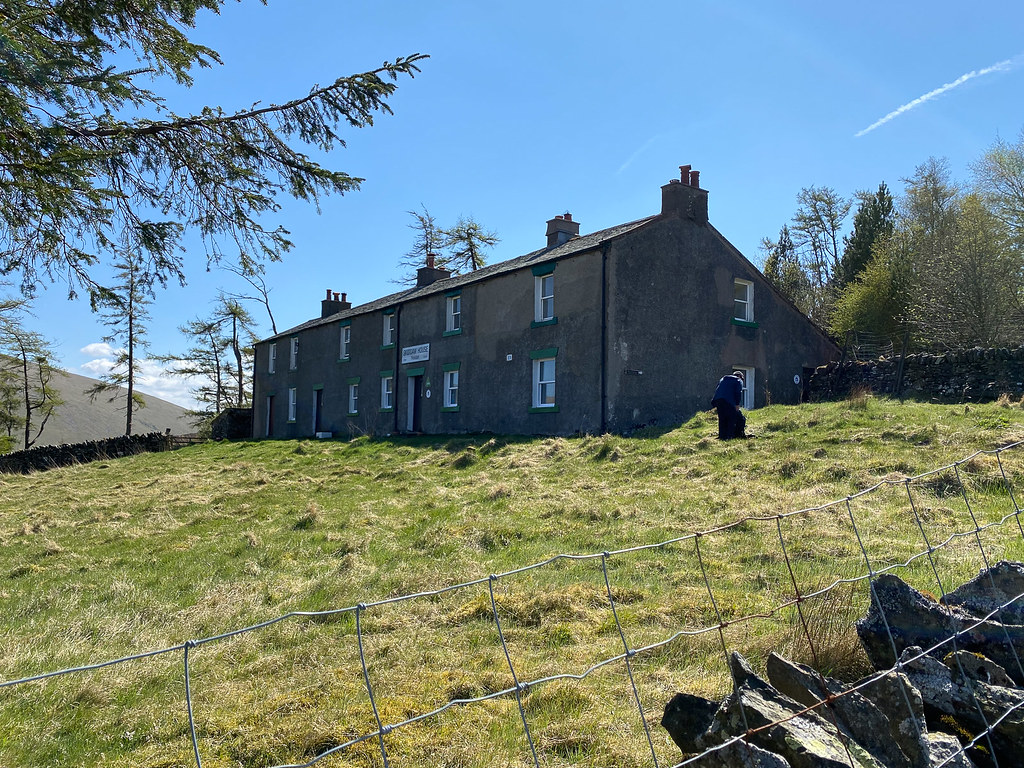 The walk back to the car along the Skiddaw House road was lovely - easy gradients, solid underfoot, nice views, and quiet. 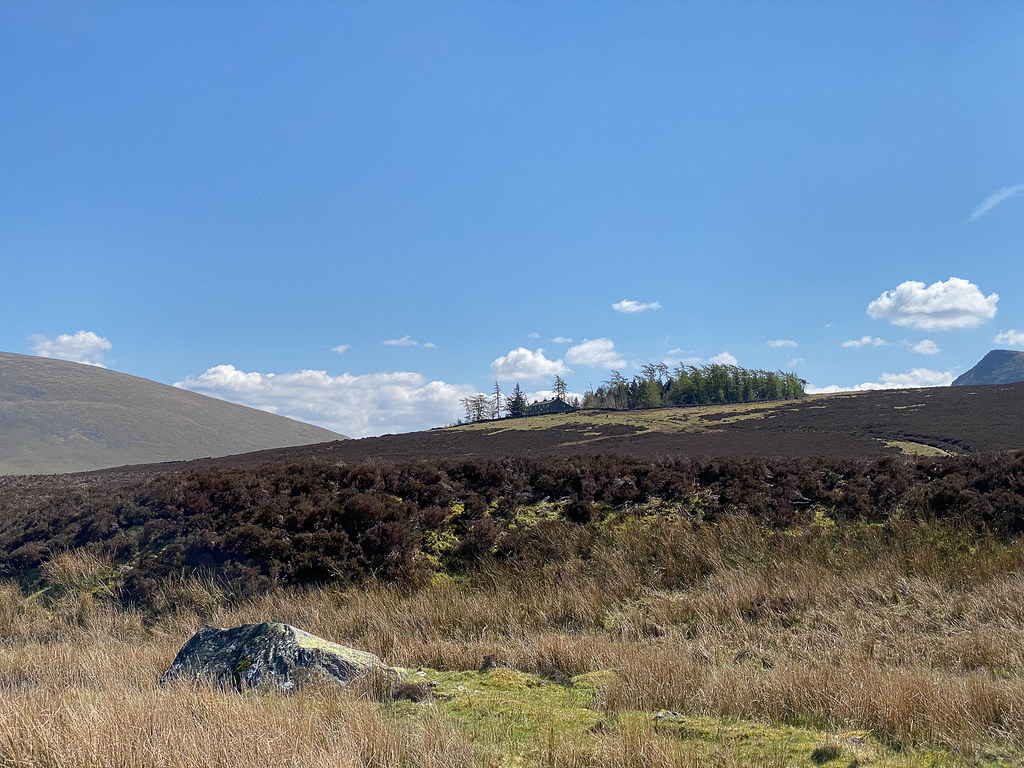 Skiddaw House from the supply road

When I got close to the point that I had previously turned off for Bakestall, I got a great view of Dead Crags and could see why Wainwright had described them as he did - "as though a giant hand had clawed at and ripped away the fellside" 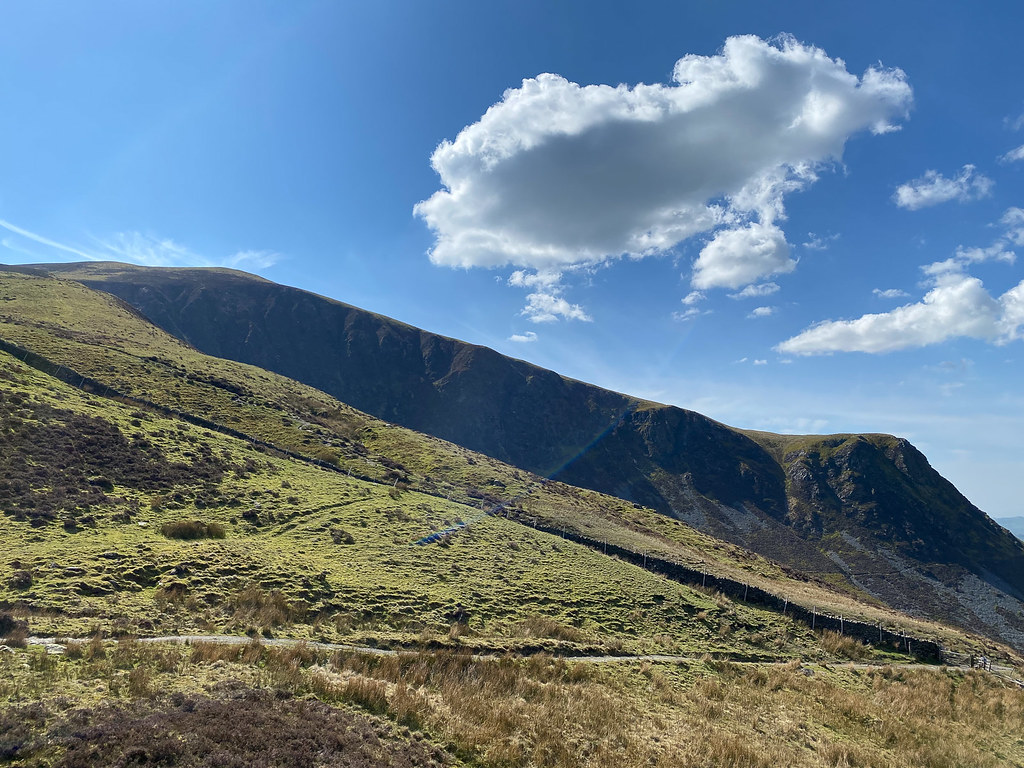 I kept looking back trying to get a good veiw of Dash Falls, but I have to say they were a bit underwhelming, at least from the road (and no obvious way to get closer for a better view). 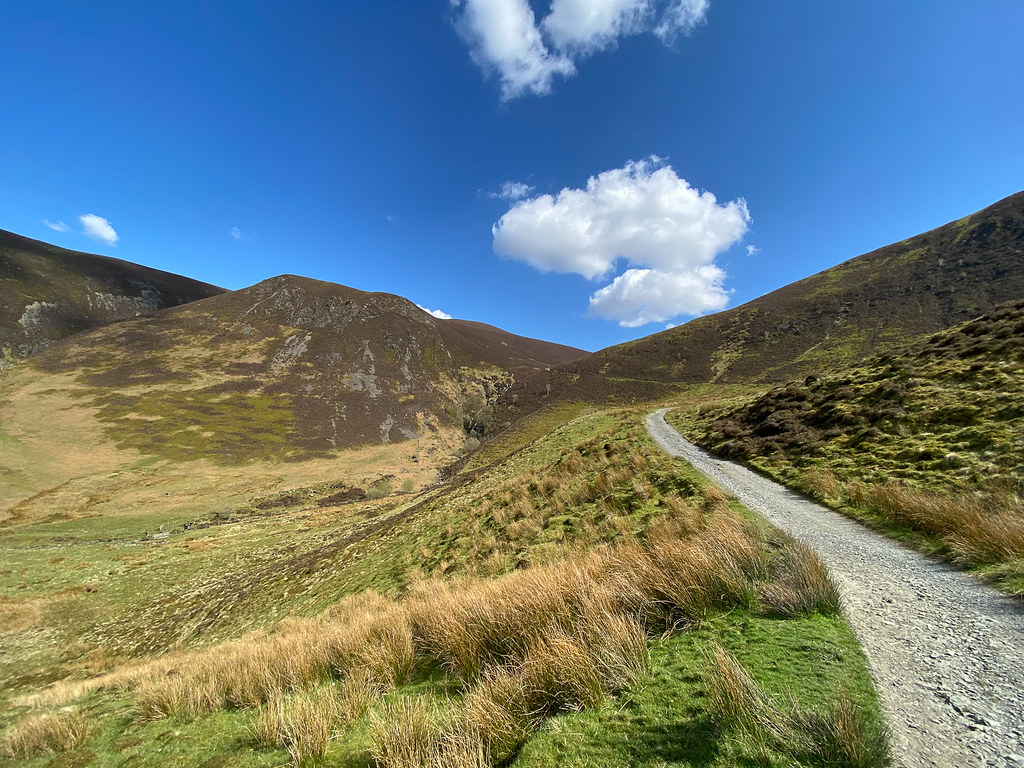 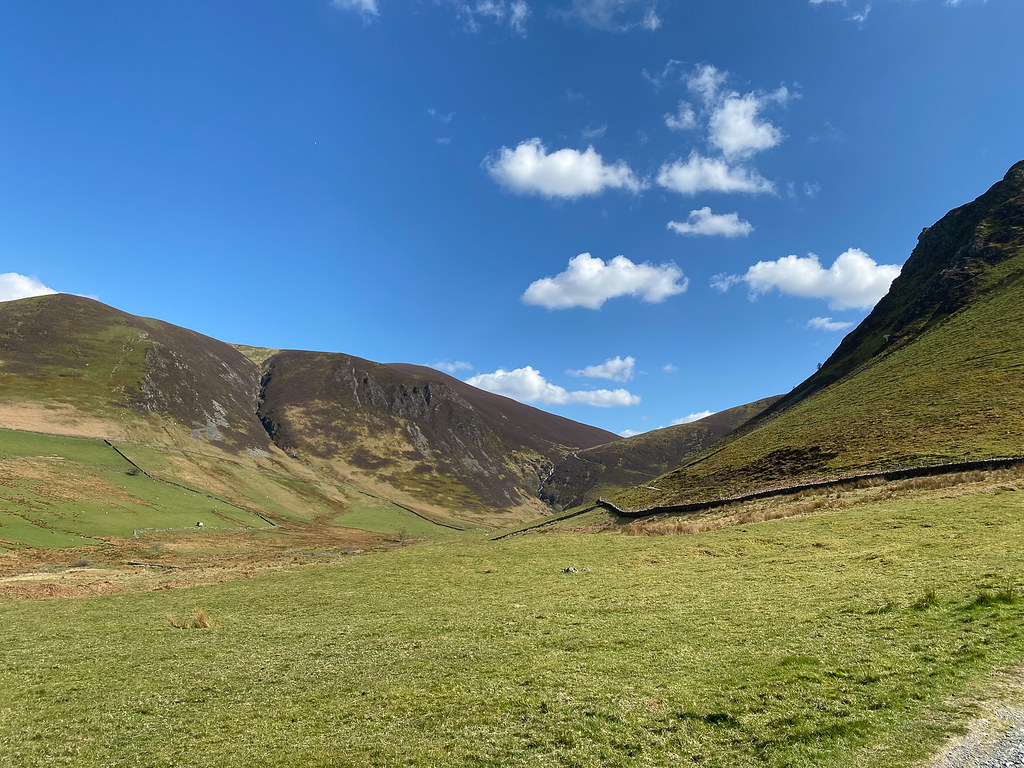 A very enjoyable end to this week in the Lakes, and another book completed - my last two summits from the Northern Fells ticked off (though I certainly intend to carry on walking in this area - it does feel rather different walking here to the rest of the Lake District).