We had planned a couple of weeks revisit to the Outer Hebrides in May 2020 during which I’d pop up Clisham but that break had to be put on hold for some time in the future. However, as Clisham was never planned to be my final Corbett, I wasn’t really wanting to hold off much longer hence the reason for a brief visit after lockdown rules eased and I was finally out of a level 3 area.

I had taken a week off work for some DIY work and hopefully a visit to Harris so was watching the medium term forecasts. I had ordered a set of lateral flow tests as it is requested that a test is taken on each of three days before and on the morning of intended departure to the isles – both were negative and duly reported to the NHS.

I set off just after 1000 on the Thursday morning for the near 240 mile drive to Uig on NW Skye. Nightmarish stop/start drive up the A82 Loch Lomond but still arrived well in time for the 1830 ferry to Tarbert on Harris. First on the ferry, last off the ferry – got my stuff ready and set off at 2030 for the largely uphill cycle towards the base of Clisham.

It had been quite some time since I’d been on a bike and I found the steeper uphill sections quite hard going. Nice evening if a little breezy. 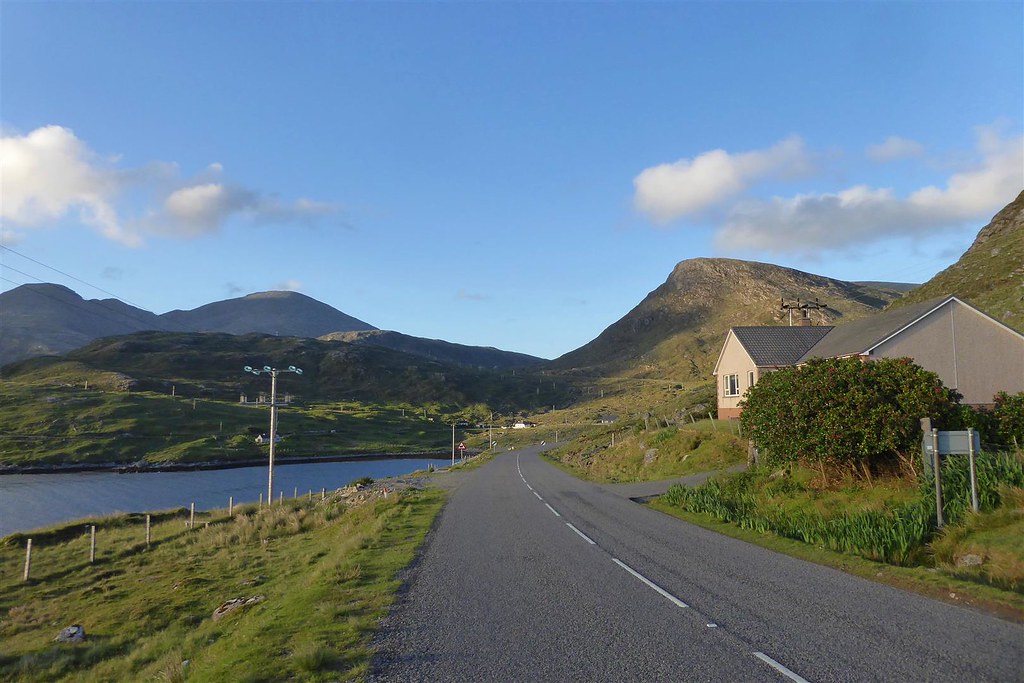 Got to the layby from which Clisham can clearly be seen. Didn’t really want to leave the bike by the roadside so took it with me as I went over the lower, boggier sections until I found a suitable spot to set up the tent. 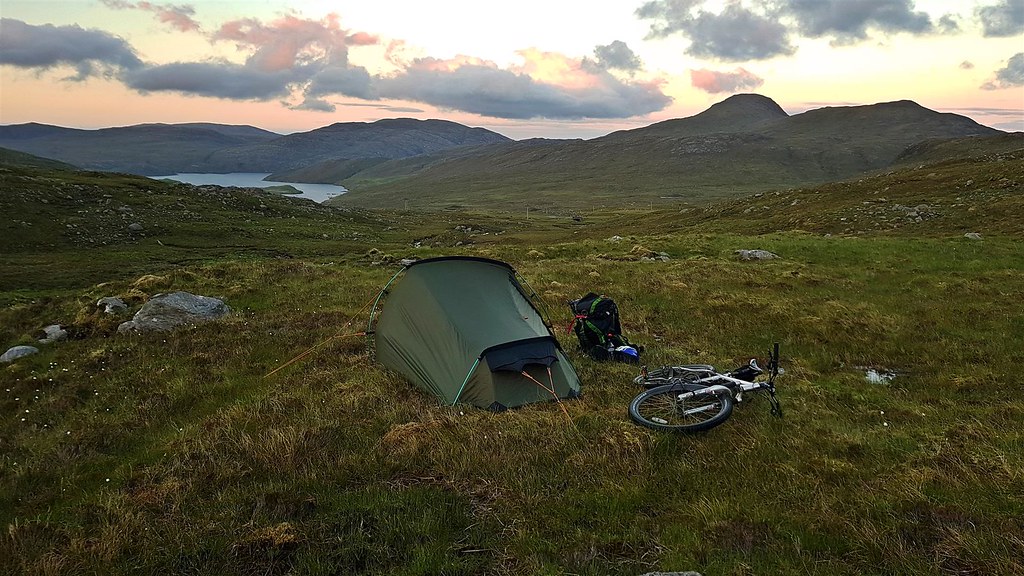 It rained on and off throughout the night – still raining at 0400 so I didn’t bother getting up to make breakfast until after 0500 by which time the weather was improving. 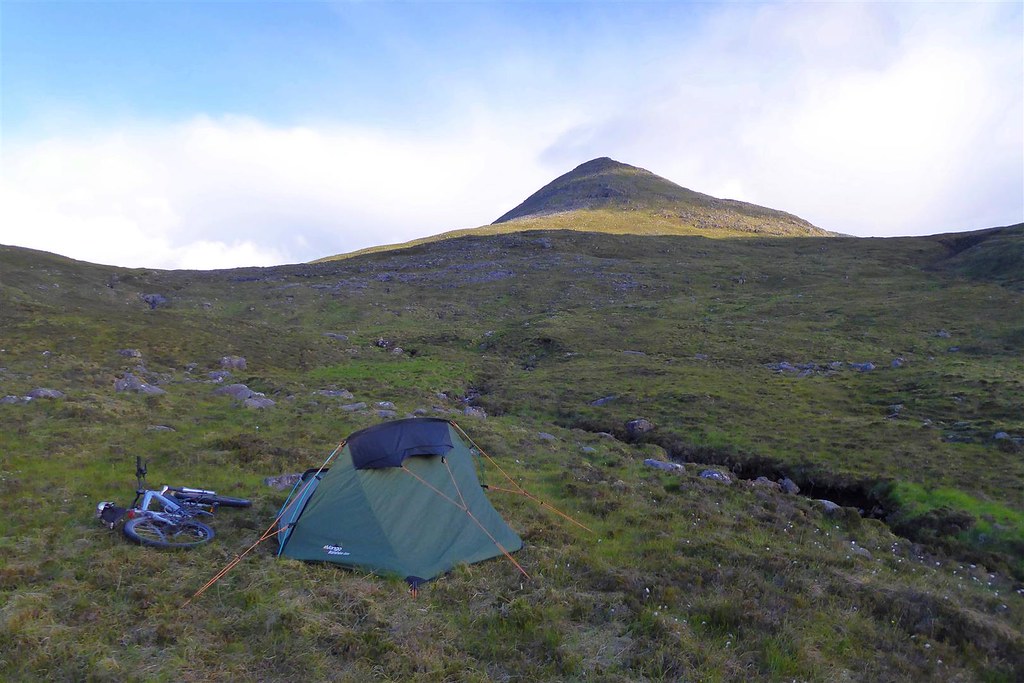 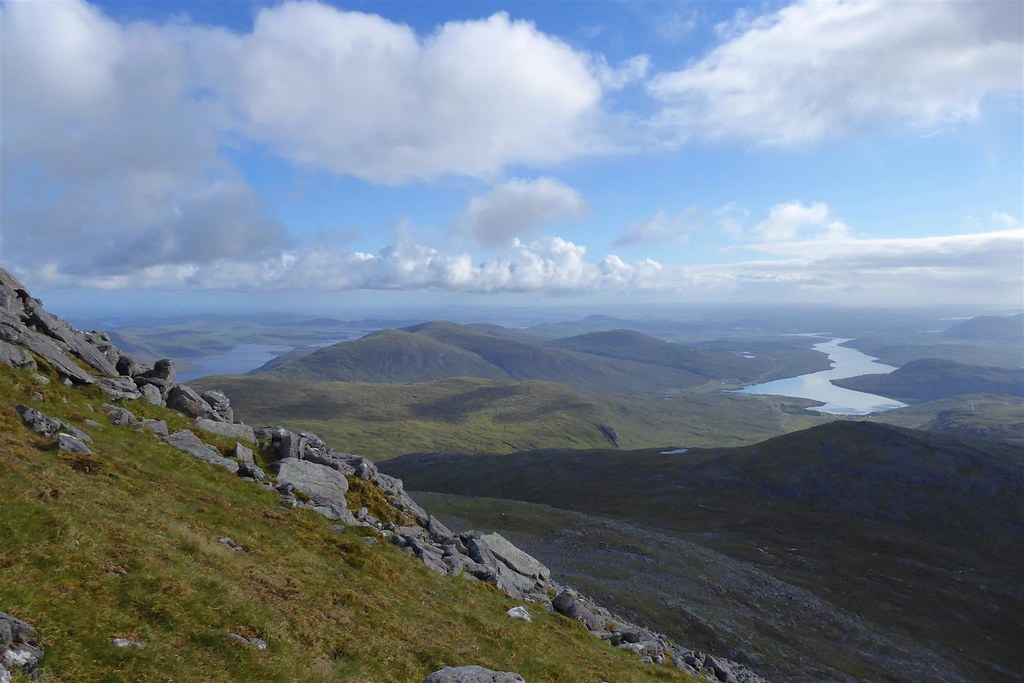 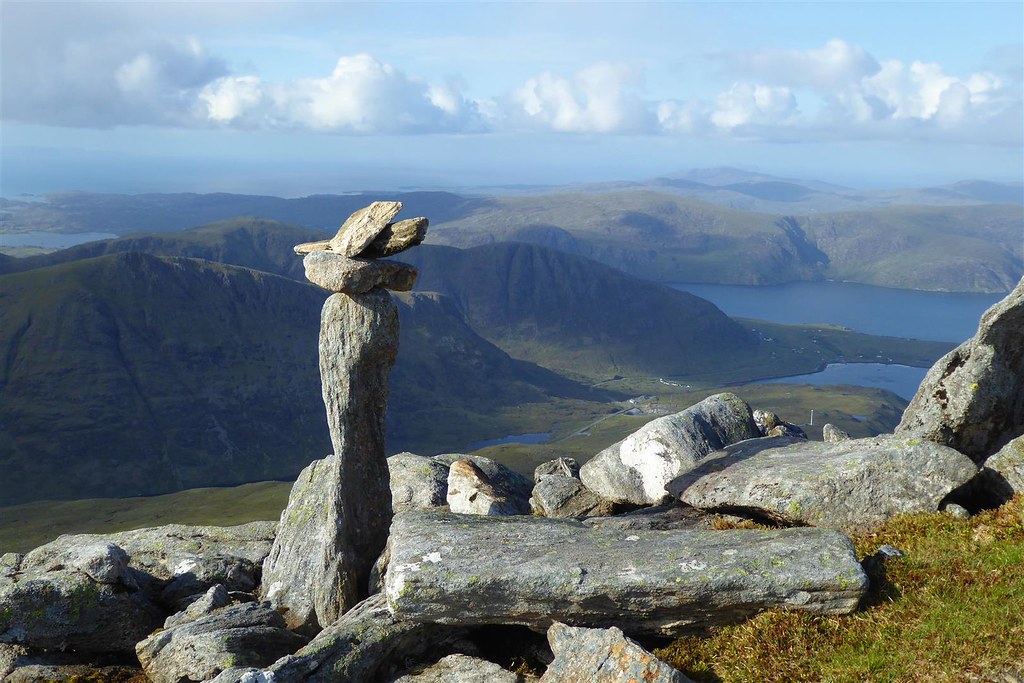 Got to the summit – the trig pint is inside a large stone shelter so had to climb into it. Then wandered further NW to another cairn but the clag blew in and some light rain started. 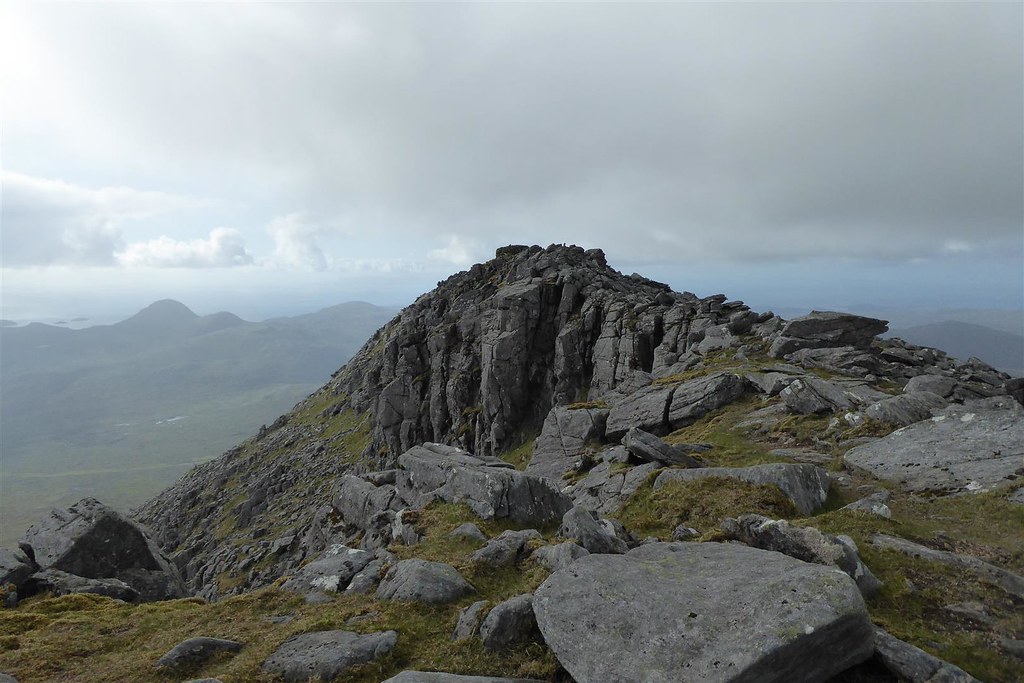 Walked back to the trig shelter and waited for the rain to blow over. Was quite amazed to find that there was a 4G signal at the summit (photos are a mix of camera and phone camera). Still some clag blowing in at times. 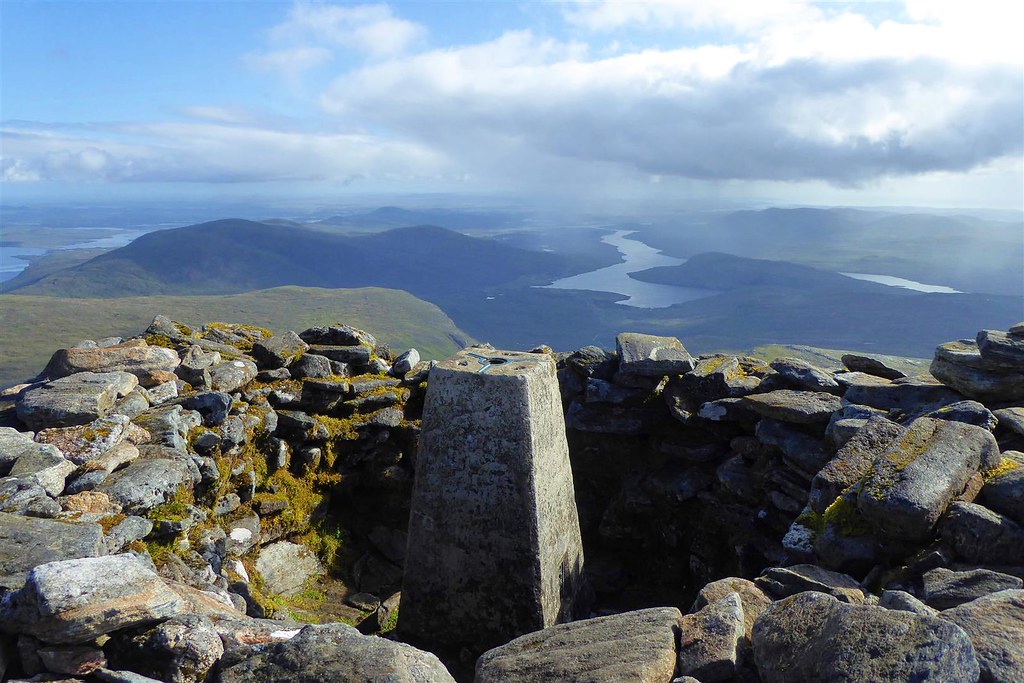 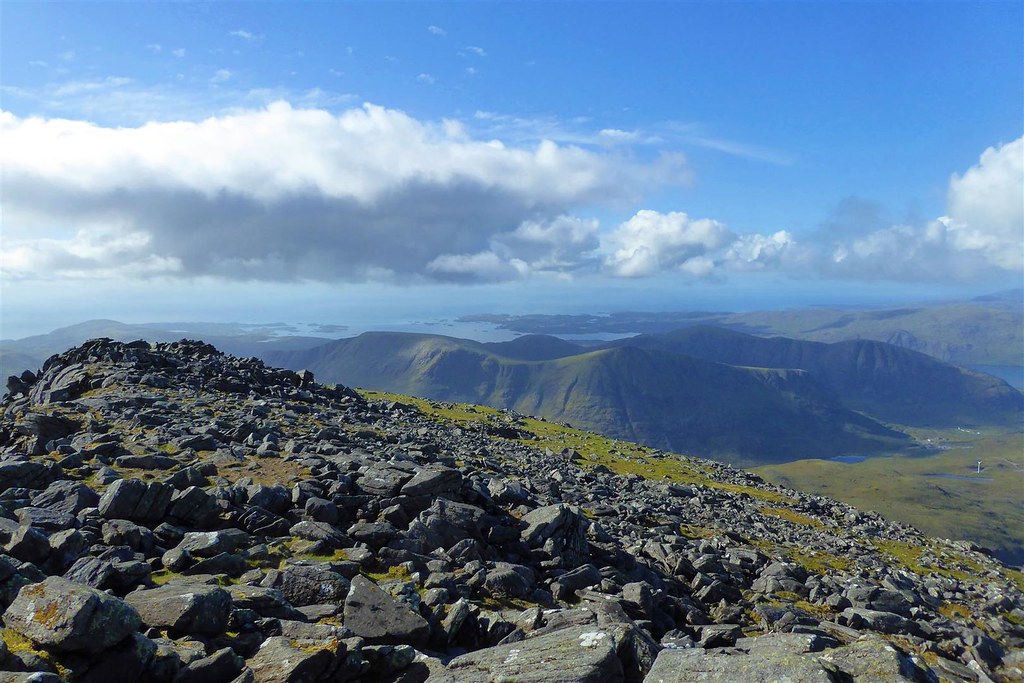 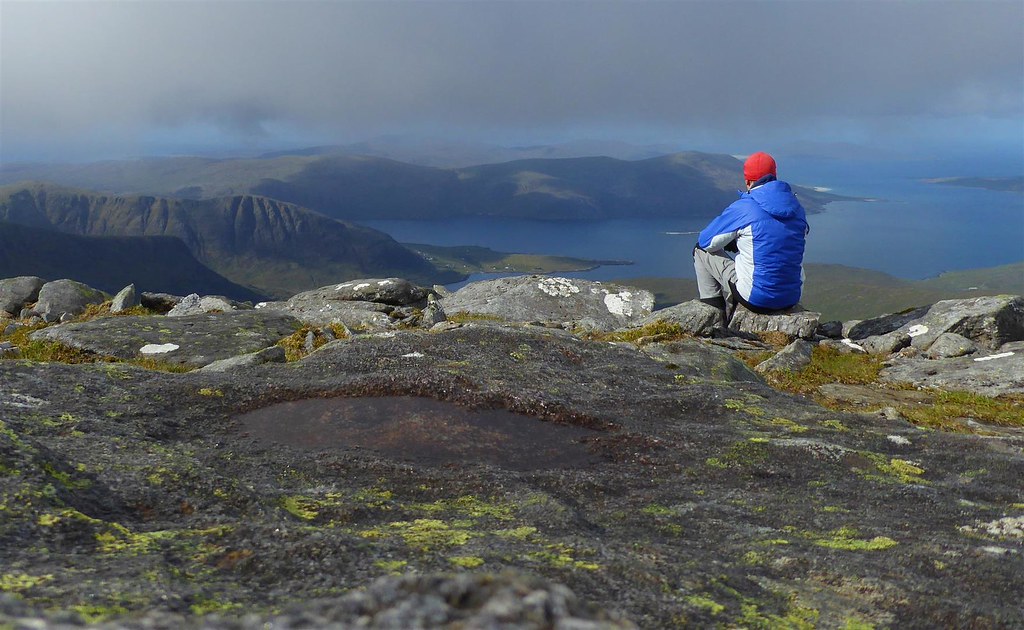 Eventually I set off to return to the tent. Saw some walkers in the distance heading up the SE ridge. 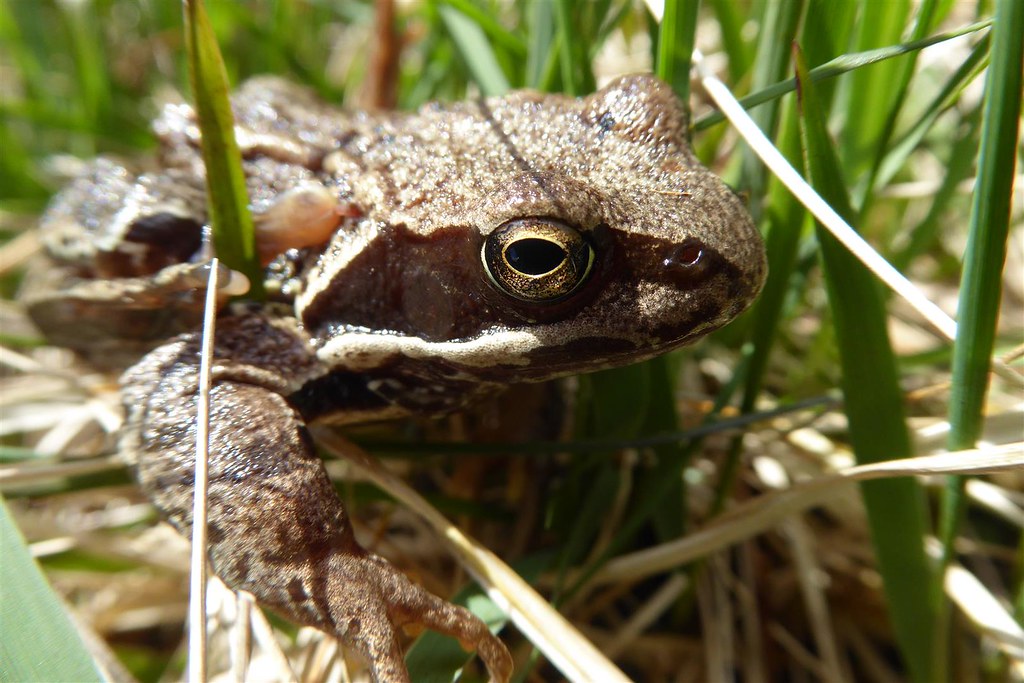 Although into the wind, the cycle back to Tarbert was easier than the outward leg 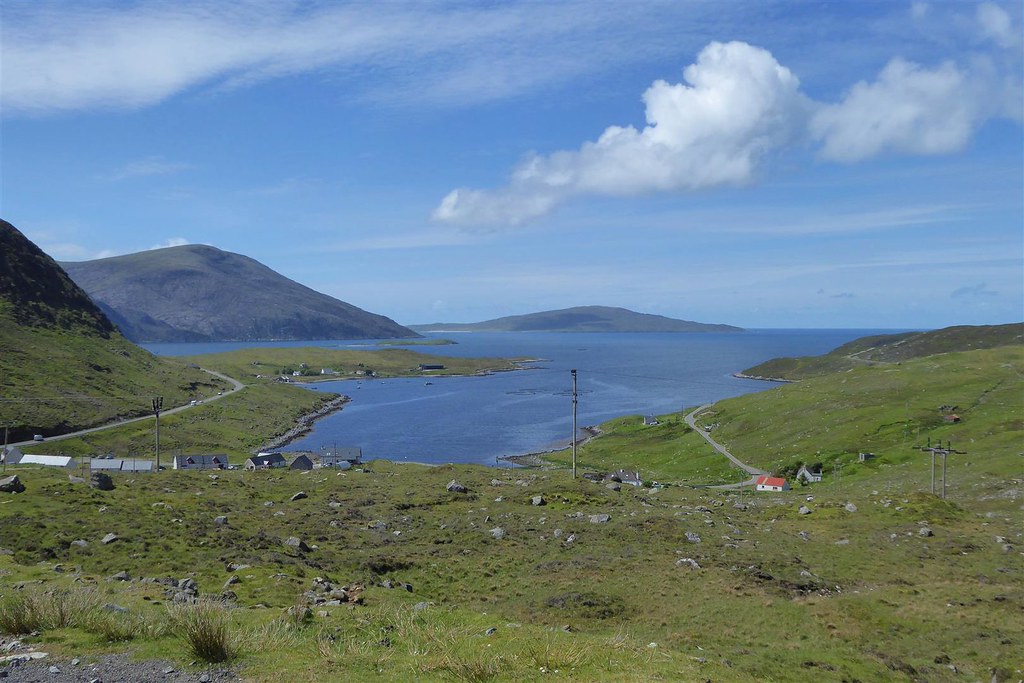 Back at Tarbert about three hours before the 1620 ferry was due to depart – wandered round Tarbert and visited the distillery to get a bottle of gin to take home with me. Good ferry trip back with the usual cacophony of vehicle alarms caused by the ferry motion. Bike and kit packed up and departed Uig at 1830 for the long drive home – much better trip back down with the A82 largely clear perhaps because of the England.v.Scotland match which I managed to catch on the radio.

Clisham 17-18jun2021.gpx Open full screen  NB: Walkhighlands is not responsible for the accuracy of gpx files in users posts
Click to mark this as a great report. Register or Login free to be able to rate and comment on reports (as well as access 1:25000 mapping).

Blue skies and inversions on some hills in Assynt