My first hill of 2019, and it's set the bar pretty low for walk report complexity and excitement! The only real thrill of anticipation was dealing with Dungavel's fearsome bovine guards, but like others who have recently tackled the hill, there was no bull, cows or calves to be seen…just the warning notice. 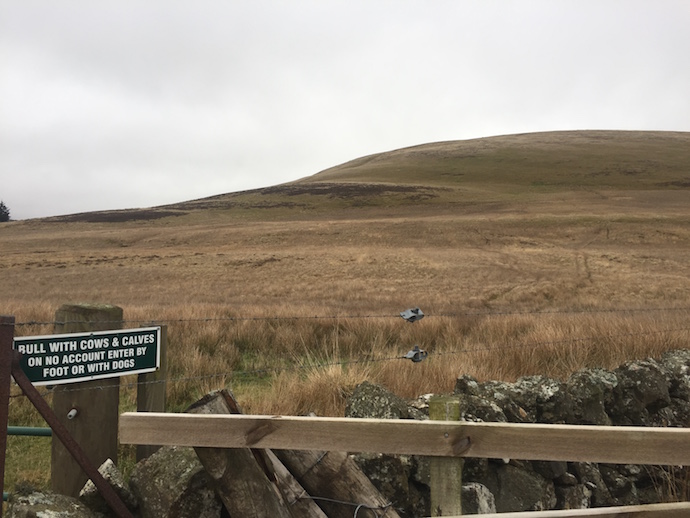 The scary notice, with no scary bovines to be seen

I had a look at this hill a couple of summers ago, after I'd been up Cairn Table, but that day the rain and wind had really come on strong, so I decided to give it a miss. This time, the forecast was more benevolent, so after a morning parkrun, I was ready for some more exercise and another go at Dungavel. I parked at the cattle grid on the high point of the minor road between the B7055 and Roberton.

From here, the route to the top is pretty straightforward—east up faint ATV tracks that quickly peter out, then as the slope steepens, slanting up to meet the fence that runs ESE to the summit. The wind was coming from the W so it was easy going after the slope eased off, and I was soon at the summit, with its recumbent trig point. 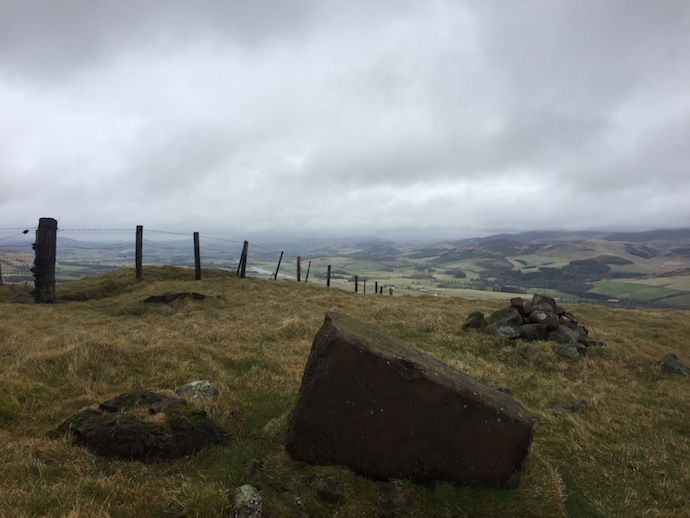 Tinto and the higher Culter hills were in cloud, and rain clouds blocked the view to the west, but otherwise Dungavel is a nice place to admire the upper Clyde Valley. The descent route was a slightly more direct version of my ascent, and I was soon back at the car, having avoided the rain that arrived soon after.

Getting to 100 sub 2ks this year might be a bit ambitious, but it was good to be back on the hills again.
Click to mark this as a great report. Register or Login free to be able to rate and comment on reports (as well as access 1:25000 mapping).


Not the In Pinn…

Don't just sit there, do something

A run up Great Orme