214 the perfect Place to end


Place Fell.gpx Open full screen  NB: Walkhighlands is not responsible for the accuracy of gpx files in users posts
Well, after a 6 year mission, i finally scaled the last summit of my "Wainwright" adventure

What started out as a 2 day "jolly boys outing/charity walk" to raise funds for Zoes place (a children's hospice in Middlesbrough) in June '15 has now culminated on Place fell.
I could not have achieved this without the knowledge, patience & above all the friendship of Trailmasher

We only met the night before the 2015 walk in his local boozer, but since that 1st encounter we have developed a friendship that has only strengthened through our journeys & laughs as well as a few tears along the way, as well as the addition of my other "best pal" Sonny the cockerdor who started to join us on these walks from the summer of '17

After my 1st Wainwright was achieved on the top of Red Pike (Buttermere) i was well n truly hooked & so started what was meant to be a few "social" walks but rapidly evolved into what was meant to be a 3 year walkfest of the Lake Districts finest! as i work offshore on an equal time rotation 3 years was about as quick as we could realistically do them.

Things started off really well & we were well on track to achieve all 214 within the 3 year timescale. But alas i was struck down with cancer in October 18, an operation in the November coupled with total rest & reflection of what had happened kept me off the hills for approx 6 months

however all 3 of us were back up n running by the summer of '19. things progressed well & by the time we had done Grange & Great Crag in January '20 we only had 2 more to do, Tarn crag (E) & Place fell

However when the "pandemic" struck in March, no one was walking & it was during this period i was once again struck down with cancer, only this time it wasn't as simple as just an operation to get rid, i had to go through a course of radiotherapy running alongside chemotherapy. this was successful so another operation took place in Nov 20. once again i was laid up & recuperating for 6 months, only this time i was feeling the effects for a lot longer than previous. But in May this year i finally dragged myself & TM up Tarn crag on a glorious day

which only left Place fell to complete

fast forward to now, after some more recovering (i tend to get very tired for no reason these days) we finally took the track to "top" out on PF.
It was a glorious but cold n breezy Friday (8th Oct) we parked right outside the "old" school in Patterdale for 08:45 & began the walk up my 214. A nice steady start to walk as we walked towards Side farm but turned left over the small bridge & headed South (i guess) along the river, 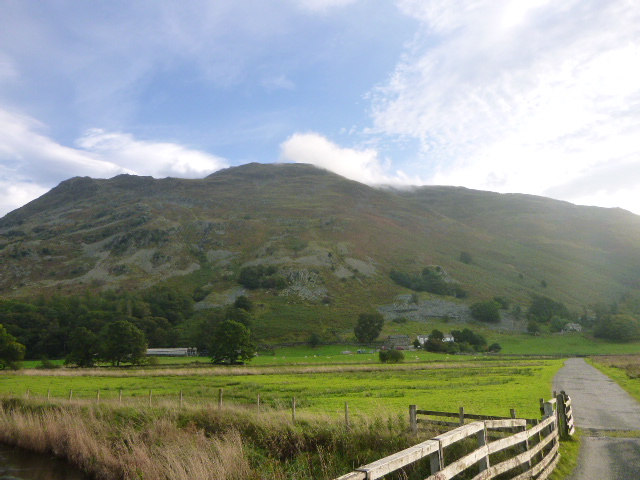 until we reached the metalled lane & began walking towards PF, our ascent would be up the West face of the fell in a diagonal line which can be seen from the road, veering off about 200m from Silver Crag to take the steeper line up which would culminate at the top of the Knight, a lovely Birkett with stunning 360 views of the immediate & distant fells albeit the the fells around the Kirkstone path & Helvellyn range were in cloud & would remain so for most of the day.
Before our final ascent onto the Knight we stopped for a brew, a sandwich & of course a whinge about all things Britain

Anyway tea break over it was a steady but pretty steep final pull onto the Knight, 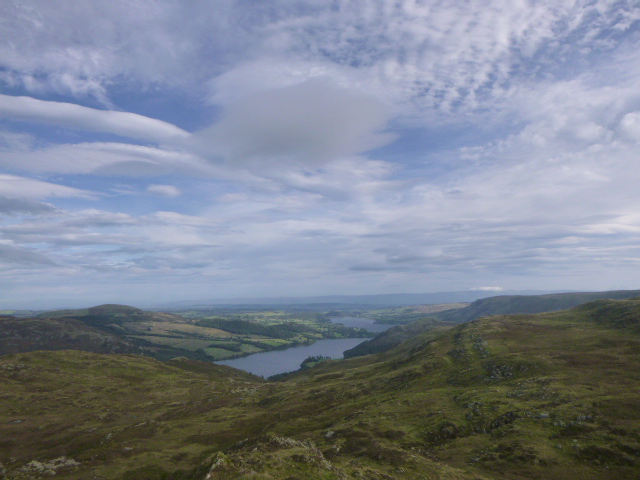 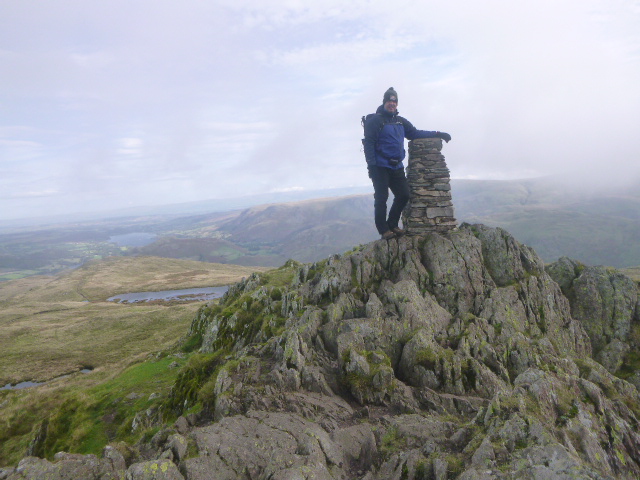 after the obligatory summit pics we trudged off down the South face of the fell to pick up the "tourist route" down to Boredale hause to find some respite from the windchill, well we thought it was cold although countless walkers making their way up were mostly in shirt sleeves

(the joys of getting old" i guess! after another pitstop we took the path down that has had a lot of repair work done it since the floods to Side farm then onto the car. 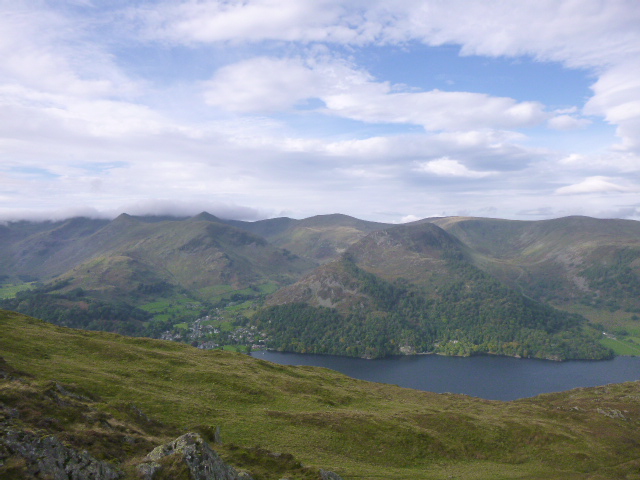 pictures from the day 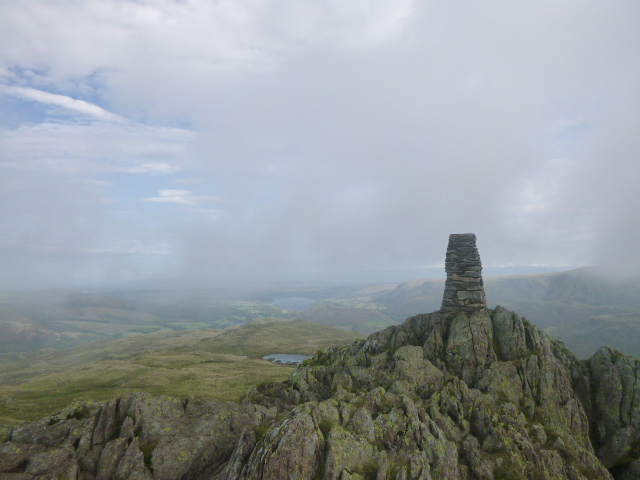 I want to take this opportunity to thank my mentor & great friend Jon (TM) for everything over these last 6 years, your friendship has inspired me & helped me to achieve things that i hadn't even thought of, so thank you mate


A Sonny day up Scafell Pike

A Day out above Grassmere