The Pentlands are hotching these days especially at weekends but you think Black Hill will be deserted because of its frankly unappealing ways. Sunday I cycled up to the track beyond Kinleith and started walking from there. I must have passed 40 people on the way to the ridge at the top of Maiden's Cleugh. There were quite a few electric bikes doing their bit for erosion - fair enough on the main path but they were hitting vulnerable ridge routes.

I headed off to Bell's Hill which was more deserted. From the top, Black Hill looked unappealing. It's like an intrusion of the shapeless boggy west Pentlands into the well-drained, shapely east Pentlands. Mostly if you meet someone on it, it's a runner training for the Pentlands tops race. I met three people on Bell's Hill and another four were going through White Cleugh. That's heavy traffic. I met five people on the slope of Black Hill, only two were runners. Then a party of ten on the ridge, trying to manoeuvre through the swamp. It was Sauchie-feckin-hall Street! 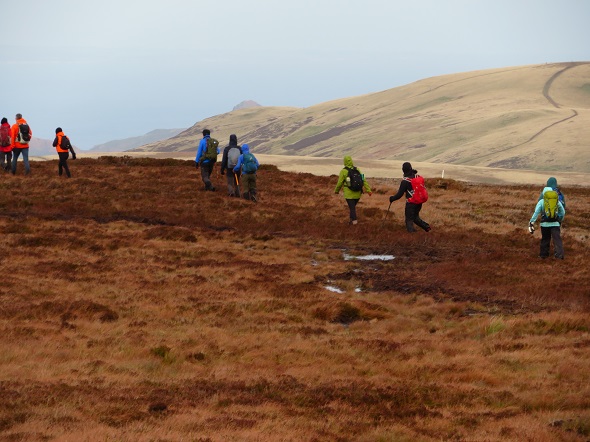 Then a cyclist came along. Normally I'd object but he was pretty much wheel deep or indeed carrying his machine. Most of the damage up here is estate vehicles anyway. The summit used to be a matter for debate but over recent years a sort of cairn has developed in pretty much the right spot. 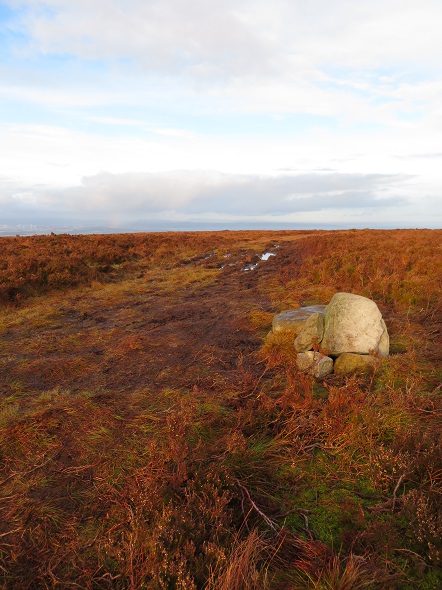 I descended, at first through bog and heather, towards Black Springs. The crux, as we muntineers say, is finding this groove down the hillside. Then I joined the millions on the way back to my bike. I don't like lockdown, the company's too mixed..

Black hill circuit.gpx Open full screen  NB: Walkhighlands is not responsible for the accuracy of gpx files in users posts
Click to mark this as a great report. Register or Login free to be able to rate and comment on reports (as well as access 1:25000 mapping).