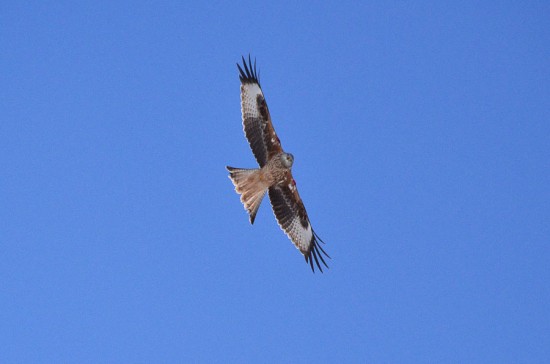 There have been a number of developments in the ingoing scandal of the birds of prey deaths on the Black Isle near Inverness. The number of dead birds found has now risen to 19, with 14 red kites and 5 buzzards; twelve of them now having poisoning as the confirmed cause of death.

Police have today raided a number of farms on the Black Isle, with up 10 police vehicles arriving at the farms and officers searching farm houses, outbuildings, barns and bins. “Police are currently conducting searches in the Conon Brae area as part of ongoing enquiries into a wildlife crime investigation,” a spokesman said. “Landowners in the area are cooperating with the searches.”

Meanwhile the reward on offer for any information leading to a successful conviction has increased to £26,000, including £5,000 from the RSPB itself, more than £5,000 from a crowd-funding campaign but now boosted with another £12,000 pledged by a group of local farmers and landowners. The local group, comprising members of Scottish Land & Estates and the NFU Scotland, have condemned the deaths and offered their assistance to police in the investigation.

One of the coordinators of the group is Alex Matheson from the Brahan Estate, which operates the Tollie Red Kites centre in partnership with the RSPB. He commented, “We have been appalled by these tragic and senseless bird deaths. By pulling together as a community to do all we can to help, we want to send a strong and clear message that any form of wildlife crime is totally unacceptable. We would urge anyone who has any information to come forward.”

Duncan Orr-Ewing of RSPB Scotland commented: “We welcome the pledge made today by local farmers and landowners. The illegal killing of these birds has disgusted many in the local community and beyond and we hope that by working together, we can identify those responsible and help to eliminate wildlife crime.

“We would also like to thank everyone who has given so generously on our Justgiving site in an effort to help bring those responsible to justice. The public outrage over the deaths of these birds is clearly reflected in the comments posted by those donating. Many more will share their anger and frustration and back the repeated calls for tough penalties against the perpetrators.

“We again urge anyone who has any information to contact Police Scotland as soon as possible.”

Meanwhile RSPB North Scotland has – via its Facebook page – called for a protest in Inverness on this Saturday (12th April) at 2pm. They are calling for people to ‘Show their digust at the Black Isle bird of prey poisonings” at the top end of the High Street in the town, with a dignified and silent protest. “Tell the country that you don’t support the illegal killing of red kites and buzzards and that you want action to make sure it never happens again.”

“Please feel free to make your own banner/poster/placard etc (nothing inflammatory or offensive please).”