Once seen, the sight of a black grouse in the hills is rarely forgotten. One of Scotland’s four grouse species (the others are red grouse, ptarmigan and capercaillie), the Black Grouse was a game bird but after years of decline is on the red list for its endangered status – with only 5,100 males left in the UK at the latest survey. There are reasons to be optimistic though, with recovery in some areas following positive land management. Like the even rarer Capercaillie, Black Grouse cocks perform at a ‘lek’ – an area where they strut, call, fight and display to establish their position in the mating hierarchy. The birds assemble at their leks all year round, but the peak lekking period is from late March to May, when the rarely seen females attend the leks to watch and choose their mates.

The black cocks gather at the lek before dawn and fan out their white tail feathers. They pose, calling, uttering continual bubbling sounds, strut and occasionally charge at each other, facing off and fighting for supremacy. Black grouse leks are very easily disturbed and must not be watched or approached on foot. If you want to see them, the best option is to book with one of the several wildlife companies and agencies around Scotland that arrange opportunities to watch. 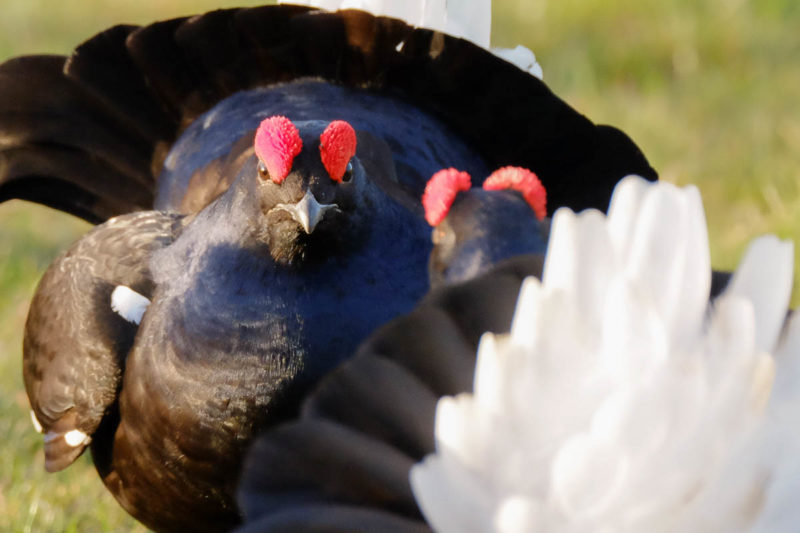 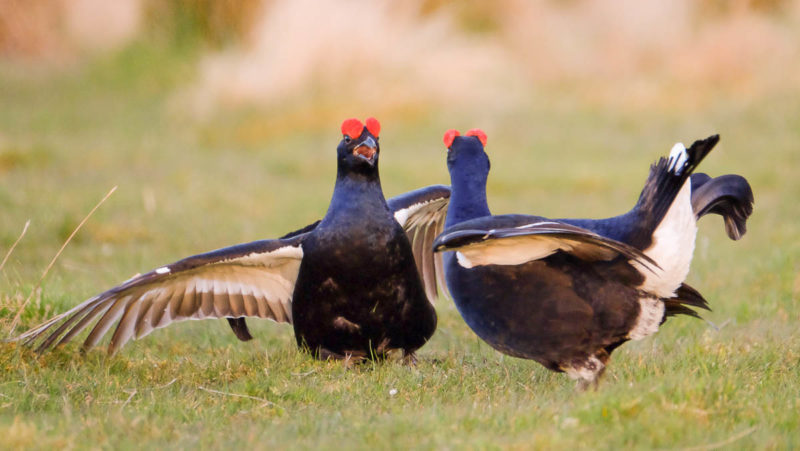 Here is the advice from the RSPB:
– Watch leks and feeding birds from a vehicle. Black grouse pay little attention to stationary vehicles that are at least 100 metres away. Ensure that you do not block access or disturb nearby residents. Avoid approaching a lek on foot, which usually disturbs the birds.
– Arrive at leks before daybreak. A vehicle stopping once it is light can disturb the birds. Stay in your vehicle and watch quietly through binoculars and telescopes. Get the flask of coffee from the boot before your vigil. Don’t start the engine until after lekking has wound down, usually about two hours after dawn. Alternatively, consider watching a lek in the evening.
– Keep to footpaths, especially between May and August, when there may be nesting females and young birds present.
– Keep dogs under control (on a lead) when close to black grouse habitat and do not bring dogs into the field when you are watching grouse.