In a joint press release four of the largest Scottish Mountain Rescue teams – Glencoe, Tayside, Lochaber and Cairngorm – have gone public with shared concerns about the level of support they receive under the privatised but publicly funded Search and Rescue Helicopter contract. We’ve included the complete text from the four teams below.

“This weekend gone we saw the first real snows of winter hit Scotland’s hills. Heralding the start of the busiest season for the independent Scottish Mountain Rescue Teams of Cairngorm, Lochaber, Glencoe and Tayside.

As the teams prepare to undertake difficult and potentially dangerous rescues in such winter conditions the teams have decided that they can no longer accept an apparent casual disregard for the safety of the volunteers shown by the Agencies coordinating Search and Rescue helicopter operations.

As the recent weeks have shown, the undertaking of rescues in the mountains requires a close working relationship between highly skilled helicopter crews and the equally highly skilled volunteer rescuers operating on the ground. The teams have excellent longstanding relationships with the crews of the helicopters and any criticism following is aimed purely at the coordination of the service – which they suspect the crews often find as frustrating as do the teams. 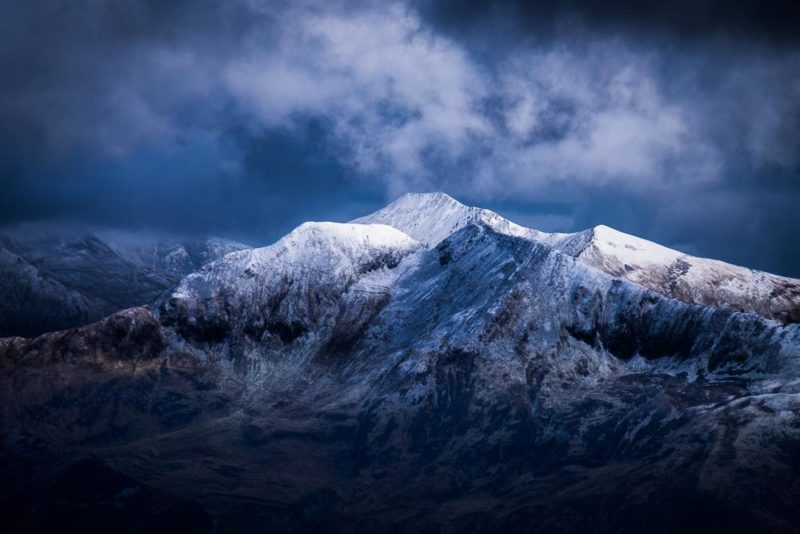 The teams have made repeated representations to the Agencies regarding their concerns since the inception of this latest contract. Unfortunately, the response has been a rebuff such as in the form of the attached letter from the DfT, or in some occasions no response at all.

Understanding the respective roles of the various Agencies that coordinate Search and Rescue helicopter operations is complex. With the MCA, the ARCC, the DfT and Police Scotland all having roles within this. Anyone of these can have an input to the decision to deploy (or not) any aircraft to assist our teams. For ease of reference we have simply grouped these organisations together under the description ‘Agencies.’

These Agencies also all had a role in the creation of the original contract for SAR Helicopter provision. The problem is essentially encapsulated in the failure of this (not so) new contract. With the creation of this contract MR was promised that the service delivered would be ‘the same or better.’ It simply isn’t.

The team’s concerns can be further detailed in two main areas:

The first issue in an emotionally sensitive one, but, in the view of the teams, the position of the Agencies is wholly unacceptable. The Agencies have repeatedly refused to assist teams with the recovery of bodies of people killed in the mountains. The view of the Agencies concerned has apparently been that the deceased are not ‘persons in distress’ and therefore assistance with recovery is not offered.

The result of this has included examples such as – one incident where volunteer teams had to undertake an incredibly dangerous lower of the stretcher and team managing the body down a narrow gully, dodging rockfall whilst the aircraft was instructed to standby. The helicopter was only to react in the event one of the rescuers was injured. In another incident, and on the hottest day of the year, one team had to carry all of the required equipment to access and then recover a body many thousands of feet up a mountain, surrounded by the constant risk of rockfall. Even though assistance was requested it was again instructed not to assist, not even to carry the equipment. Ironically, while the recovery was ongoing another incident occurred within a few hundred metres and when the helicopter responded to this incident, the crew were surprised that they had not even been informed of the teams request for assistance. In these, and other examples, the teams have often been left to undertake long, technical and difficult recoveries off the mountains unassisted.

In any of these incidents the priority should surely be to minimise the distress and suffering for the families and give the maximum respect for the deceased. The teams feel that the understanding shown by the Agencies as to exactly all that is entailed in the above examples is severely lacking. The reality is that the Agencies take the decision that the aircraft should not be used at all to assist the volunteer teams even though it can often markedly reduce the risk to those volunteer teams.

To understand the second concern it helps to understand the anatomy of any rescue involving volunteer teams and the helicopter. It falls into roughly three parts:
1. The deployment part: this is where the teams are often lifted onto the mountain by the helicopter. Lifted as close as possible to the rescue or search area. This part may also see the helicopter searching as well.
2. The rescue part: this is where the casualty has been found or moved to a spot where the helicopter can access. The casualty will then be transported to whatever further treatment is needed.
3. The evacuation part: known to teams as “clearing the hill”
The teams in iSMR have seen an increasing unwillingness to deploy the aircraft to assist in this final phase of a rescue throughout the term of the contract. Often because the Agencies see that the ‘person in distress’ has been already uplifted.

The problem is, however, that the volunteer rescuers are still on the hill. They may be many miles, thousands of feet of ascent / descent or both from their vehicles or access to a road. This is also often compounded by darkness and/or the weather.

To give an impression of what this can mean – a volunteer can end up undertaking a difficult and dangerous thousand-foot cliff rescue in a remote location, over many hours, requiring large amounts of heavy technical gear, only to find that, once the casualty is on board, air support is withdrawn. This leaves the heavily laden team to return over the mountainous terrain for many hours. As with all rescue resources this also means that during this time the team is not available for any other incidents.

It is clear that our concerns cannot be resolved by asking the pilots and crews to fly beyond their ‘endurance’ criteria. We also realise that a significant consideration here is that helicopter crews must be given the opportunity to rest after flying intense technical missions in the mountains. However, experience shows that the Agencies are often then unwilling to allocate another aircraft to finish the job.

The inescapable conclusion to this is that either the aircraft and crews are too thinly spread to cover requirements or that the Agencies do not view the welfare of the volunteer teams in the same way as they appreciate that of the pilots and crew. It is felt that the Agencies have been clear here as to their opinions. They clearly do not view the welfare of the volunteer teams as of significant enough importance as to warrant the continued air support to clear the hill. They have also been cheeky enough to say that the teams ‘should’ be able to make their own way off the hill. See attached letter from the DfT for detail. Perhaps implying that the teams are lazy?

The reality is that the teams very often do have to make their own way off the hill. As the teams have the capabilities to operate in conditions way outside the capabilities of any helicopter. Be that cloud, blizzards and storm force winds, for example.

The team’s volunteers are well trained, well equipped, very capable and robust but they are not invincible.

The issue overall is felt to revolve around the terms of the contract. The views of bodies that are clearly poorly advised as to the actual conditions and requirements of mountain-based Search and Rescue. The contract simply does not make sufficient provision for the support of volunteer rescue teams working on these mountain rescues. If this is the case, then it is changes to this contract that will ensure there is no comprise when it comes to the safety of volunteer mountain rescue teams.

The teams in iSMR have decided to go public on this matter as they have been left with no alternative given the unwillingness of the Agencies to address all of the above despite numerous requests over the past few years. The teams also want to assure everyone that regardless of their concerns they will continue to search for, rescue and recover your loved ones, despite the apparent lack of support from certain Agencies.
The teams in iSMR simply object to being apparently seen as expendable by the Agencies.”

Update from the iSMR teams – November 4th:
We have now received a response from Police Scotland that shows attempts are starting to be made to address the concerns we have had for some time. Our concerns have been acknowledged and commitments have been made to attempt to influence the review of the SAR H contract and to encourage the Maritime Coastguard Agency (MCA) and the Aeronautical Rescue Coordination Centre (ARCC) to adopt a more pragmatic approach to their standard operating procedures.

We are grateful to Assistant Chief Constable Mark Williams for his personal intervention in progressing this and hope that his efforts will be successful. However, we recognise that Police Scotland may not be able to generate the level of change required without a change in stance and practice from the MCA and ARCC. The four teams want to positively recognise that Police Scotland has led this first small step forward.

We have also had invites from several politicians to take up our concerns and we welcome their support We will follow these invites up.
Hopefully the strength of support that has been expressed will help the Agencies on a longer journey to improve the welfare of the casualty and respect for the deceased and their families, and potentially promote the effectiveness of all volunteer mountain rescue teams by experiencing less avoidable risk and being better able to be ready for the next rescue.