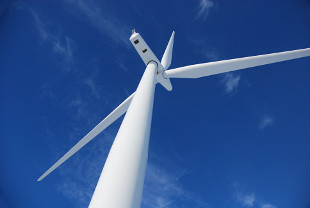 The body representing hillwalkers and climbers in Scotland says Highland Council's lack of objection to a wind farm near Ben Wyvis sends the message that the Highlands are open house for massive industrial-scale wind farms.

The proposal would see 31 turbines at 125m in height erected on an area of high ground at between 420m and 670m in altitude. The MCofS says the turbines would be intrusively visible from Munros such as Ben Wyvis, Beinn Dearg and those in the Fannichs.

The MCofS has issued a statement saying, “Whilst the report acknowledges the impact on landscape and potentially that on tourism, the Highland Council could be regarded as reacting to pressure from the Scottish Government – the planning report states at length:

“The Scottish Government’s very positive approach on Renewable Energy technologies is set out in Scottish Planning Policy with further advice on renewable energy targets available from its recently updated “Routemap for Renewable Energy in Scotland.” There is a target that renewable generation should account for the equivalent of 50% of Scottish demand by 2015 and a target of 100% of Scotland’s electricity demand to be generated from renewable resources by 2020. The target is not a cap. There is expectation that the energy targets will be met from a mix of technologies. The Scottish Government has advised that onshore wind energy capacity on 29 November 2011 was 2,784.67MW. Within Highland by April 2012 largescale onshore wind energy projects in operation or approved have the capacity to generate 1,173.5MW, 42% of the national figure. Representations that argue against investment in renewable energy can only be given limited weight given the very positive stance set by the Scottish Government.”

Scottish Natural Heritage did not object to the proposal, despite an area designated by the government agency itself as wild land being adjacent to the development.”

MCofS Chief Officer, David Gibson said: “Unless the Highland Council object in the strongest possible terms to this intrusive proposal, they will demonstrate a lack of stewardship and send a strong message to the renewables industry that the highlands of Scotland are open house for massive industrial-scale wind farms. We are talking here about one of Scotland’s finest mountain areas, an area of outstanding natural beauty, and one which visitors from around the world associate with Scotland’s unique natural heritage.

He added: “This situation clearly demonstrates why the Scottish Government must call a halt to wind farm developments in the mountains now, and agree a national spatial planning policy for the siting of wind farms. The importance of our mountain areas to tourism is not challenged by the government which has designated 2013 as the Year of Natural Scotland: unless the development of wind farms in the mountains is halted now, 2014 may well be the year when the Lights are on but no-one is Homecoming.”