Our pick: 10 walks to tidal islands

Scotland’s Islands. There is always something magical about visiting them. Usually this means taking a boat – but there are also many islands to which you can walk across the sands or stony shores at low tide. Look at the map and spot all those Isle Ornsays and Oronsays – the name comes from the old Norse Örfirisey meaning “tidal” or “ebb island”. The walks below require a little more planning than most – so make sure you check those tide tables carefully if you want to avoid becoming stranded. 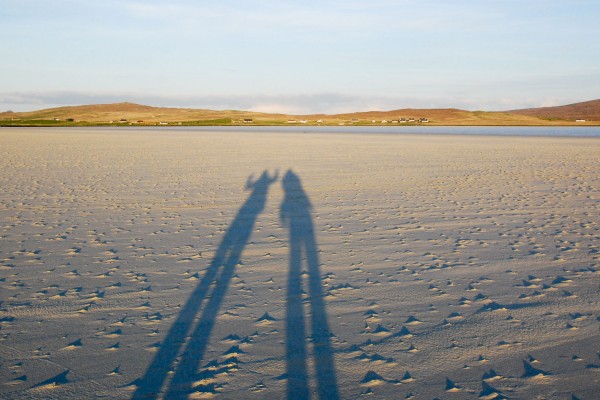 Vallay is separated from North Uist by extensive sands at low tide – making for an exciting walk. The island is now uninhabited, though still used for grazings; visit the ruins of impressive Vallay House to cross the island to a sandy bay and the ruins of an ancient chapel.
Description: Vallay walk 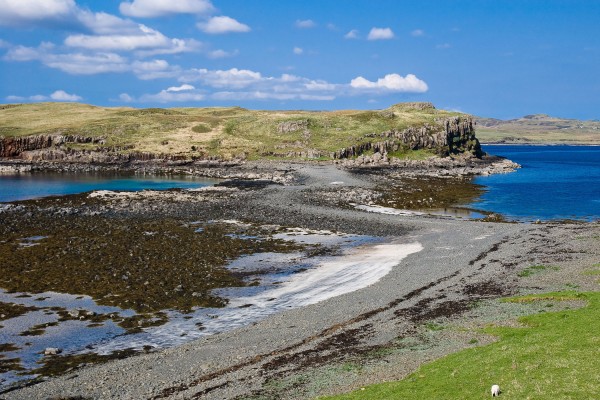 There are at least 20 Oronsays or Ornsays in the Hebrides, including two on Skye; this one in Loch Bracadale is a real gem. Once across the tidal causeway, walking on the island is mostly over perfect greensward; there are some impressive cliffs, and views to the incomparable Cuillin.
Description: Oronsay walk 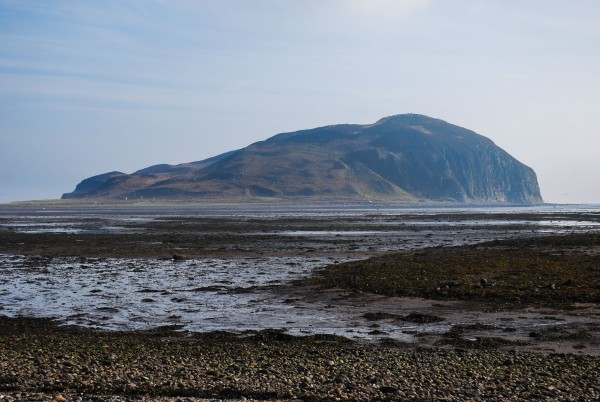 Davaar guards the entrance to Campbeltown loch and harbour, near the foot of the Kintyre peninsula. Its steep domed outline has some impressive cliffs and a lighthouse, but it is a cave on the southern shore that really draws visitors to venture out tentatively across the Doirlinn at low tide – there is a famed painting of the crucifixion on the walls.
Description: Davaar walk 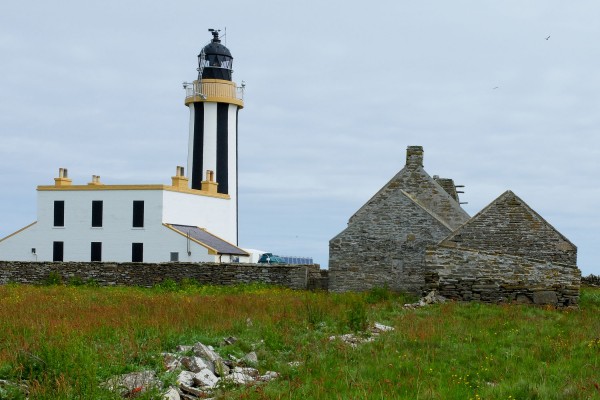 Start Point lighthouse was painted with its black and white vertical stripes around 1915, making it instantly recognisable. On a clear day you can spot the lighthouses on North Ronaldsay and Fair Isle from here, but to get here you need to venture across the rocks at low tide from the main island of Sanday.
Description: Start Point walk Now for somewhere much more accessible. Cramond Island may lie just offshore from Scotland’s capital city, but that doesn’t mean you don’t need to plan ahead before venturing out here. Some folk seem to get stranded on Cramond in most years. It’s best if any Robinson Crusoe-experiences are intentional!
Description: Cramond Island walk 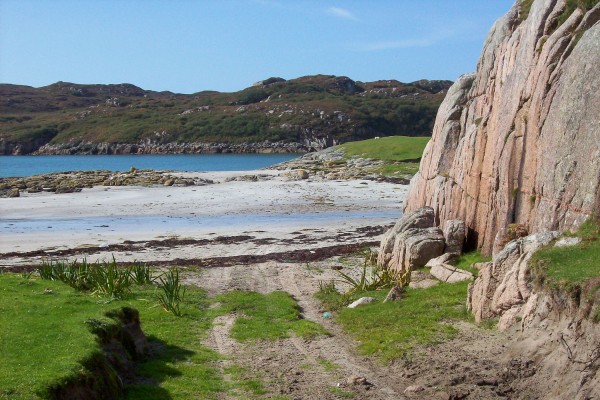 Beautiful Erraid may be little known by name, but literary buffs may know it as the island to which David Balfour was shipwrecked in Robert Louis Stevenson’s classic adventure novel, Kidnapped. Balfour was marooned here from some time before realising the island was linked to Mull by beautiful sands at low tide – but armed with our walk description, you know better. Stevenson stayed on the island whilst his father was working on the construction of the spectacular lighthouses on Dubh Artach and Skerryvore.
Description: Erraid walk 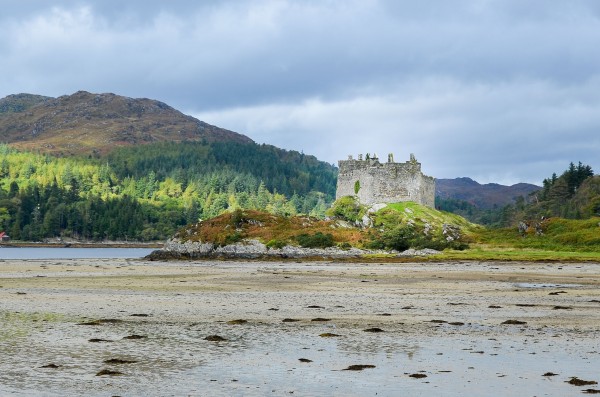 The romantic ruins of Castle Tioram must rank close to being amongst Scotland’s most beautiful castles. The island on which the castle stands is the shortest on our list, but must rank amongst the most popular to visit, despite being tucked away in a remote location north of Acharacle.
Description: Castle Tioram walk 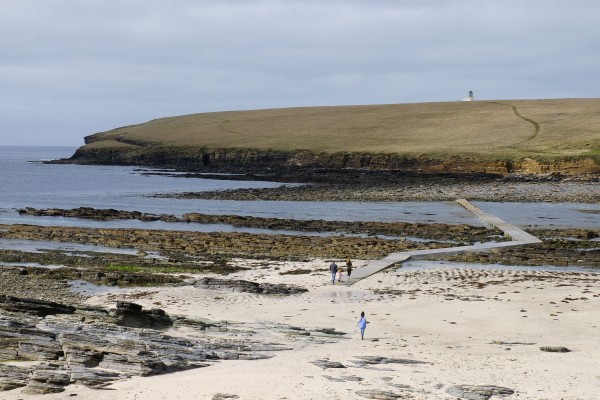 A lighthouse, fine cliff scenery, the extensive ruins of a Pictish and Viking settlement, and…. cute Puffins! – what more could any tidal island have to offer? The Brough of Birsay is separated from Orkney Mainland by 250m of water at high tide, but when the time is right, it becomes an unmissable place to visit.
Description: Brough of Birsay 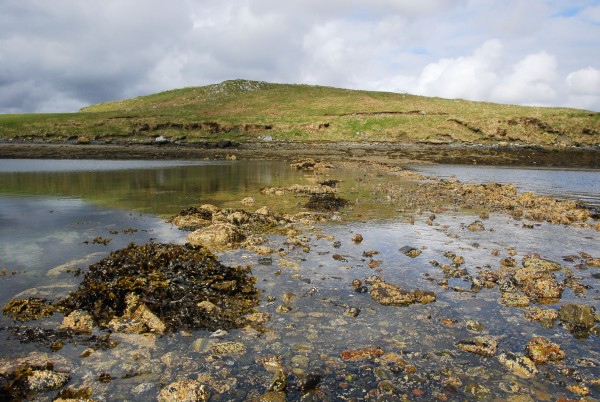 As its name may suggest, Eilean Chaluim Chille is the site of ruins of a church founded in the ninth century, once the home of Columban monks. It is set in the South Lochs area of Lewis, a tangle of crofts, rock and water that is a world away from Stornoway, though just 12km as the crow flies.
Description: Eilean Chaluim Chille walk 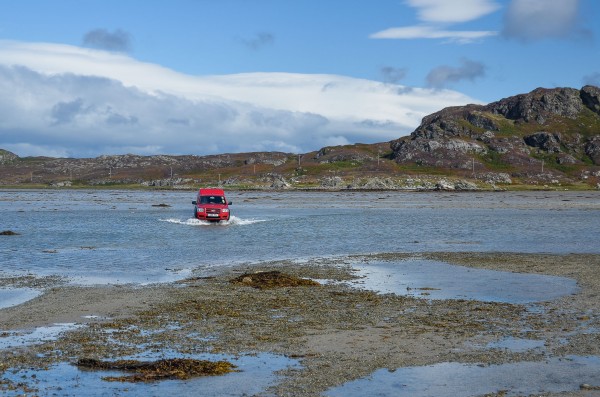 This is perhaps the best known amongst its namesake Oronsays, separated from its larger neighbour Colonsay by the expansive sands and shingle of The Strand. Colonsay has the extensive ruins of a once-important priory, including a spectacular Celtic cross. Oronsay is still inhabited, and a post office van still makes sometimes rather wet trip across the Strand to deliver mail (as seen in the photo).
Description: Oronsay and the Strand walk