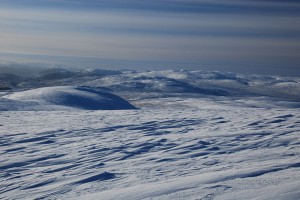 Ramblers Scotland Director, Dave Morris, said: “The SNP Government has been too slow in developing Scotland’s National Park system. Apart from extending the southern boundary of the Cairngorms National Park down to Blair Atholl they have done virtually nothing since then to promote our national parks system.

“As a matter of great urgency there is the need to commit to a westward extension of the Cairngorms National Park across a substantial tract of the Monadhliath mountains. This boundary was drawn too close to the central massif. The world famous views from the high plateau of the Cairngorms are at very serious risk of being spoilt by wind farm development in the Monadhliath. As the developers circle around the present boundary it is obvious that they need to be driven back by a boundary extension.”