Wildcat haven to be set up in Ardnamurchan

Work is currently underway to establish a haven for the Scottish wildcat in a remote location on the Ardnamurchan peninsula. The idea is to encourage breeding of the pure wildcat, which is on the verge of extinction, by neutering local feral domestic cats to prevent them breeding with the wildcats. 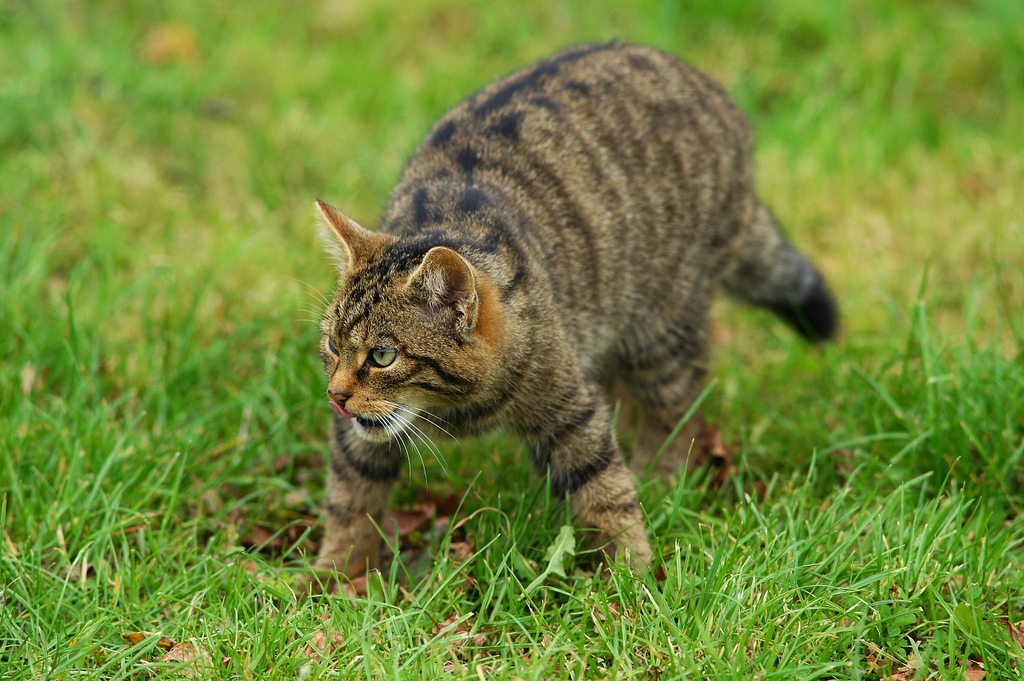 The project, which covers an area of 250 square miles, is being run by scientist Dr Paul O’Donoghue and the Aspinall Foundation who took over from the Scottish Wildcat Association (SWA) last year. Dr O’Donoghue told the BBC Radio that the animals had the best chance of surviving in the remotest parts of Scotland.

Preservation efforts have previously focused on the Cairngorms, which has a population of wildcats but Dr O’Donoghue, who has developed a DNA test to assess species-purity, says that few of them in that area are pure bred. In addition to breeding with domestic cats, disease and loss of habitat are the reasons why wildcats have become an endangered species. Scottish National Heritage says that there 150 breeding pairs left in the wild, but some estimates from the SWA have put the number as low as 35 individual cats, which would make survival of the species unlikely without major intervention.

Dr O’Donoghue said, “Places like the central Highlands, like the Cairngorms, where there is a high human population and a massive cat population, the pure wildcat is a doomed wildcat.”

Work is ongoing in the Cairngorms, but the Ardnamurchan wildcat haven, where there are thought to be only around 10 pure wildcats, has been chosen as it is a remote area with a small human population and a natural, geographic, bottleneck which means it will be easier to monitor and try and safeguard the animals. The existing wildcats will be trapped, DNA tested, and then monitored alongside work to neuter domestic feral cats and protect the environment. If it turns out that the wildcats currently in Ardnamurchan are not pure bred, then the project will look at other options.

Dr O’Donoghue told the Herald, “Our goal is to establish populations of genetically-pure wildcats. We are determined not to settle for second best or to settle for a bunch of tabbies that bear a resemblance to wildcats. Protecting anything less than the pure Scottish wildcat will condemn the species to extinction. The behaviour of feral cats and pure wildcats is very different. Scotland’s ecology needs the true wildcat and, outside of a wildlife park enclosure, this is the only place in the UK where they are safe from hybridisation.”