When Orcadians speak of Mainland they are referring to this, the largest of the Orkney islands, and not mainland Scotland. Mainland is home to 75% of Orkney's population as well as its two towns, historic Kirkwall and Stromness, with its long, narrow and characterful main street. Mainland has much fertile farmland as well as some wilder moors in the west.

In the west of Mainland there is such a concentration of spectacular neolithic remains that it has been declared a World Heritage site - one of only three in Scotland. The remains include the well-preserved prehistoric village of Skara Brae, Maes Howe - the most magnificent of all neolithic tombs, and the spectacular standing stones at Stenness and the Ring of Brodgar. Much of the coastline offers grand walking, with dramatic cliff-scenery and bird life, with Marwick Head and the tidal Brough of Birsay being highlights in the west, and Mull Head in the east. 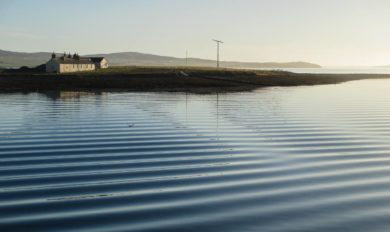 FEATURE: January Blues - the call of the north

"I write this on ‘Blue Monday’, the day associated with winter doldrums, when holiday companies prey upon our sense of daylight deprivation, lack of exercise, divorce from life ‘out there’. It’s when I feel most like hibernating..."