Since this story was published, continued funding for the Mountain Weather Information Service has been agreed. See update at foot of page.

WHAT a brouhaha there was when it was announced that SportScotland was stopping funding for the Mountain Weather Information Service.

That there was such a response to the news suggests just how highly respected Geoff Monk, the principal forecaster at MWIS and his team are held within the mountaineering and hill-walking community, especially here in Scotland.

Geoff Monk is a fully trained weather forecaster and a former Met Office employee. In 2002, after several discussions within the mountain community, he realised the mountain weather reports available online were automated and often inaccurate. Using his own experience of mountain weather and how it differs from lowland weather, Geoff decided to offer a far more accurate service for those visiting our hills and mountains.

Within a couple of days of the recent funding announcement almost 4000 people had signed a petition asking for the reinstatement of the cash and social media outlets attracted many hundreds of comments, most of them saddened and angry that the funding was to stop.

As recently as 2015 SportScotland held a public consultation about the future of mountain weather forecasting in Scotland and the vast majority of the respondents spoke highly of MWIS and hoped it would continue.

Following the original announcement (on the MWIS website) the Principal of Glenmore Lodge, Shaun Roberts, on behalf of SportScotland, published a statement that suggested discussions were still ongoing about the future of the Service. Shaun’s statement didn’t confirm or deny that the funding was to stop. Winter: before the storm

I spoke at length to Geoff Monk who confirmed that discussions had been taking place for some time between SportScotland (Shaun Roberts), the Met Office, part of the Westminster Government’s Department for Business, Innovation and Skills, and himself.

Geoff told me that he had been offered a sum of money to pass on what “expert knowledge” he had to the Met Office so that they could continue to run a similar service from Exeter. I should point out that in his conversation with me Geoff was not critical of either SportScotland nor the Met Office, but was greatly concerned that the Service he had built up over the best part of a decade would not continue in its present form.

It’s also fair to say that Geoff acknowledges that he can’t run this service forever. He is reaching retirement age and is keen to see the issue resolved in such a way that accurate, informed mountain weather forecasts will still be available for hillgoers into the foreseeable future.

Shaun Roberts has made it clear that the discussions are still open and I hope Geoff Monk will continue to talk to both SportScotland and the Met Office as it’s hugely important that a weather forecasting service of the standard of MWIS should continue.

It would seem fairly clear that the Met Office wants to take on full responsibility for mountain weather forecasting in the UK. Unfortunately, the Met Office’s record in such forecasting is not great. They currently offer forecasts for only two areas of Scotland, West Highlands and East Highlands, whereas the MWIS offers more specific forecasts into five Scottish hill or mountain areas.

As things currently stand it looks as though MWIS is going to lose it’s £36,000 per year funding from SportScotland (the original 2014 agreement was only for three years) and will cease operations by the end of the year. SportScotland and the Met Office will work together to create a new mountain weather forecasting service which may, or may not, be as good as the service that Geoff Monk has been offering. Only time will tell. Fine conditions in the Monadhliath

However, we find ourselves with a situation that is not dissimilar to the problems we face with our National Parks. Neither of our Scottish National Park Board has any representation from recreational user groups like Mountaineering Scotland (formerly the MCofS) or Ramblers Scotland.

Initially, the Mountaineering Council of Scotland was very influential in securing the original Scottish Government funding for the MWIS, provided through SportScotland. This agreement was for the Scottish forecasts and was jointly managed by MCofS and MWIS until April 2016 when SportScotland took over the responsibility.

In 2014 the Scottish Government’s Sports Minister Stewart Maxwell said:
“Thousands of climbers already rely on the Mountain Weather Information Service for accurate information about conditions on Scotland’s mountains. It is therefore absolutely vital we have a reliable mountain weather service to reassure walkers they have the best information at their fingertips. I want to applaud Geoff Monk and his colleagues for their selfless work in helping to ensure the safety of all those who make use of our wonderful natural environment.”

Now, according to Dave Gibson of Mountaineering Scotland:
“Geoff had already indicated prior to April that he wished to reduce his level of activity and SportScotland had advised us they wished to see a sustainable solution which would ensure forecasts were not solely reliant on Geoff’s relatively limited resources and that would leave a lasting legacy when he eventually retired.

The forecasts are aimed at and valued specifically by hillgoers so it’s a great pity that hillwalkers and mountaineers have not been represented in these discussions. I assume that Shaun Roberts of Glenmore Lodge has been given the SportScotland role in the discussions partly because of his involvement with mountaineers and hillwalkers but he is an employee of SportScotland and may be restricted in what he can say and do. The recent discussions would have been much more transparent if a representative of a recreational user group, like Mountaineering Scotland, had been involved.

Sadly the Scottish Government does not have a good record in involving Scotland’s outdoor recreational NGOs. The recent wild camping bylaws controversy in the Loch Lomond & Trossachs National Park was notable for the complete disregard the Park Board had for those who had argued against bylaws in the Park’s consultation into the matter.

Similarly, many hillgoers feel that the decision to stop funding the MWIS has been in spite of the huge support the Service received in SportScotland’s recent consultation.

I also find it rather curious that the Scottish Government is allowing a highly popular Scottish-based mountain weather forecasting service to collapse in favour of a Westminster-controlled Met Office based in Exeter? Such a situation would appear to be the antithesis of the SNP’s own policies. 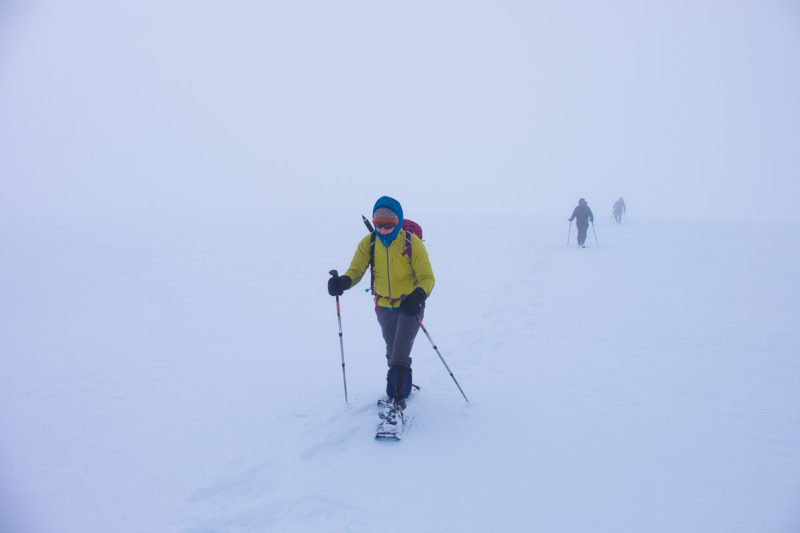 Poor visibility on the Cairngorms

There needs to be more transparency in all of these Government decisions, if only to stop individuals leaping to the wrong conclusions and creating controversies where there may be no controversy at all.

The wild camping ban in the LL&TNP has seen a huge breakdown in confidence in the way our National Parks are managed and I’d have hoped the Scottish Government would have learned lessons about transparency from the Loch Lomond fiasco.

I really hope this mountain weather forecasting issue can be resolved quickly and in a way that is much more inclusive of those who regularly go to the hills and use the excellent MWIS forecasting service that is currently available. Otherwise suspicion and resentment will be rife, antipathy that will benefit no-one.

Today (Wednesday), in a joint statement between MWIS and SportScotland, it was announced that funding has been secured for the next 3 years and all parties will work to build a sustainable, enhanced forecasting service for the future.