Our pick: 12 of Scotland’s most fascinating caves

Caves are perhaps not the first landscape feature people associate with Scotland. Think high mountains, picturesque glens, rugged coastline and stunning sandy beaches – but caves? Here we list 12 of the most fascinating caves for walkers to visit. The celebrated limestone Bone Caves were excavated in 1889 by the geologists Peach and Horne. They found the remains of now extinct animals which once roamed the Highlands including lynx, polar bear, arctic fox and lemmings. It is believed that the caves may have once sheltered both these animals and also the humans who hunted them. 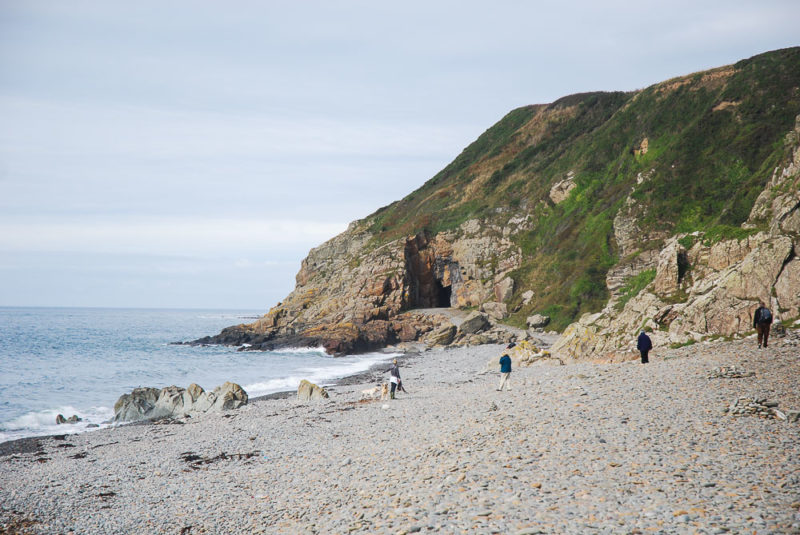 St Ninian’s Cave was a place of retreat and prayer for Scotland’s first saint, who set up his church in nearby Whithorn in 397 AD. In the 1970s the cave was the venue for filming the final scenes of the cult film, the Wicker Man, starring Edward Woodward and Christopher Lee. 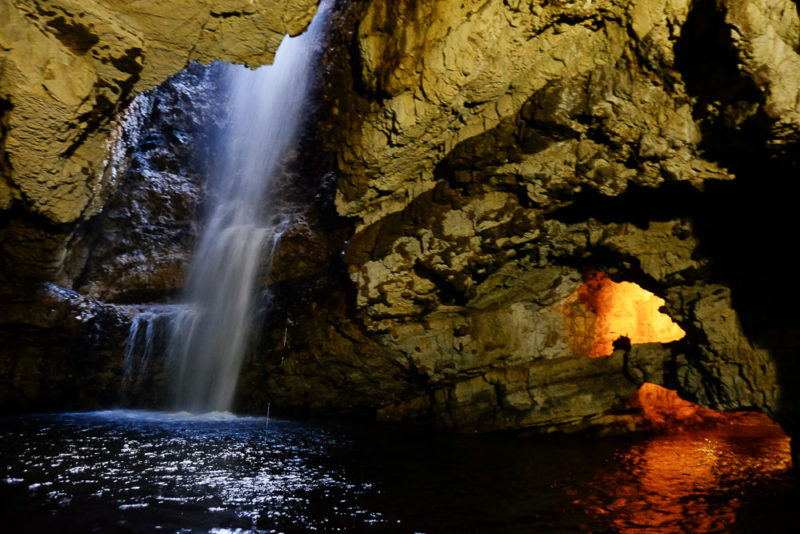 Smoo Cave is the largest amongst all Britain’s sea caves, the first chamber alone measuring 60 metres by 40 metres and being 15 metres high. The second chamber is accessible on a wooden walkway and is smaller but still impressive. Here the Allt Smoo falls 25 metres into the cave through a opening in the ceiling – this forms an impressive blow hole during stormy seas. In the summer months boat trips are available to explore further within the cave. 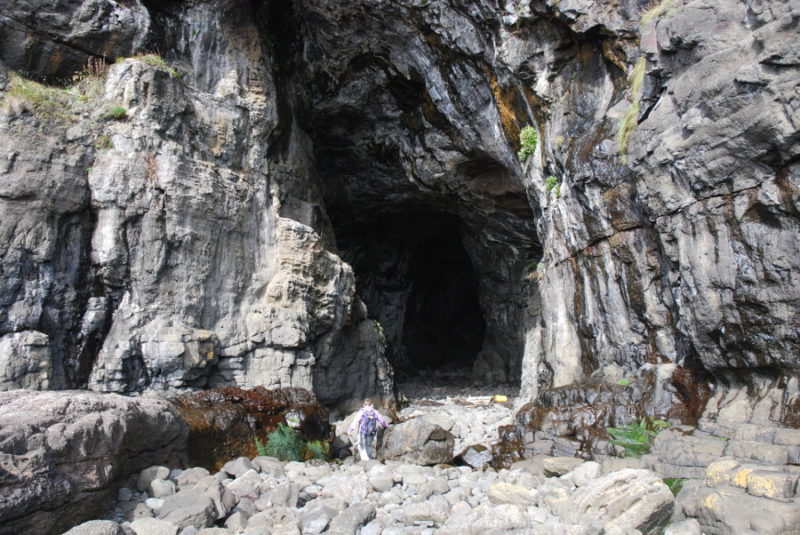 These two caves on the southern coast of the Isle of Eigg tell a dark story. In 1577 a group of Macleods from Skye landed on the island seeking revenge for the latest act in a long running feud with the Macdonalds. The entire population of Eigg hid in the Massacre cave for 3 days and the Macleods were unable to find them. However as they sailed away they spotted a lookout and were able to follow his footsteps in the snow which led them to the cave. The Macleods built a huge fire and the smoke killed 395 people trapped inside the cave. Later, other Macdonalds were to exact equally bloody and ruthless revenge on the Macleods at Trumpan Church on Skye. The huge cathedral cave – adjacent – was once the site of catholic masses. 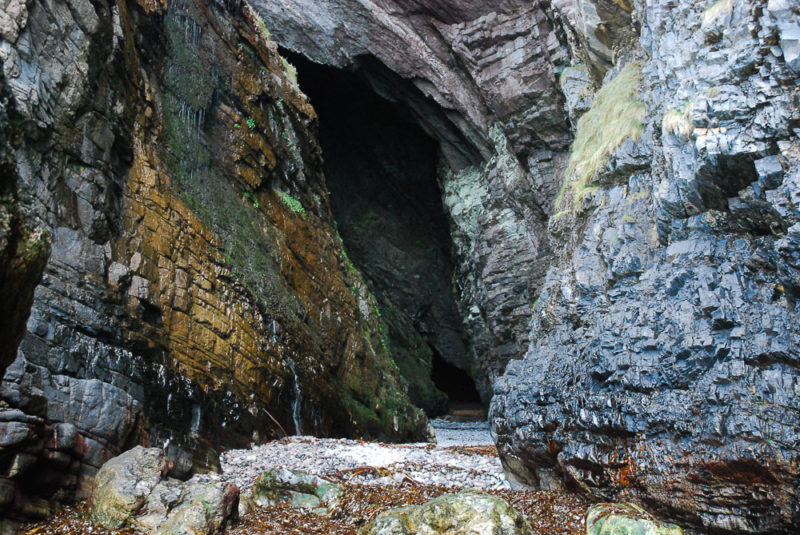 MacKinnon’s Cave is the longest sea cave in the Hebrides. Reached by a short but challenging walk, the cave was once regarded as one of the showplaces of Mull and was visited by Johnson and Boswell. The coastal setting is superb but the walk crosses awkward slippery boulders and is only accessible below half tide. 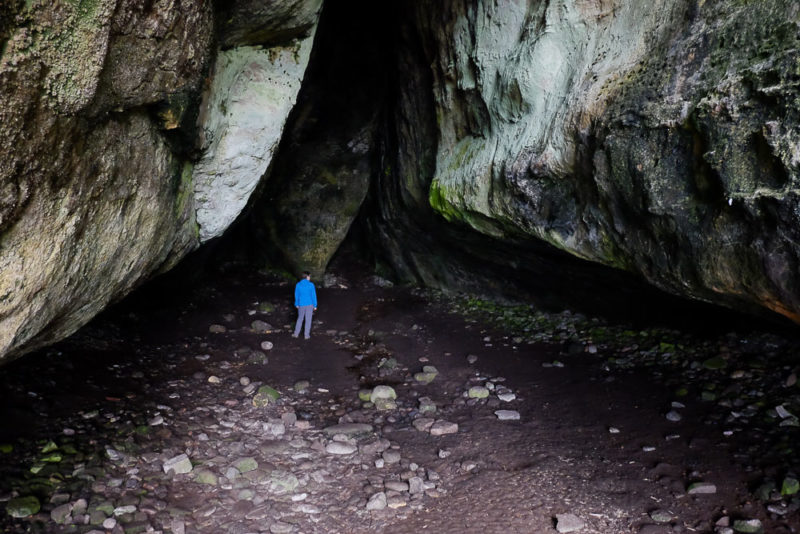 The historic King’s Cave is one of many locations in which Robert the Bruce is said to have had his famed encounter with a spider. The cave contains Christian and pre-Christian carvings. Also worth visiting on Arran – on a more challenging section of the Arran Coastal Way – is the huge Black Cave below Bennan Head. 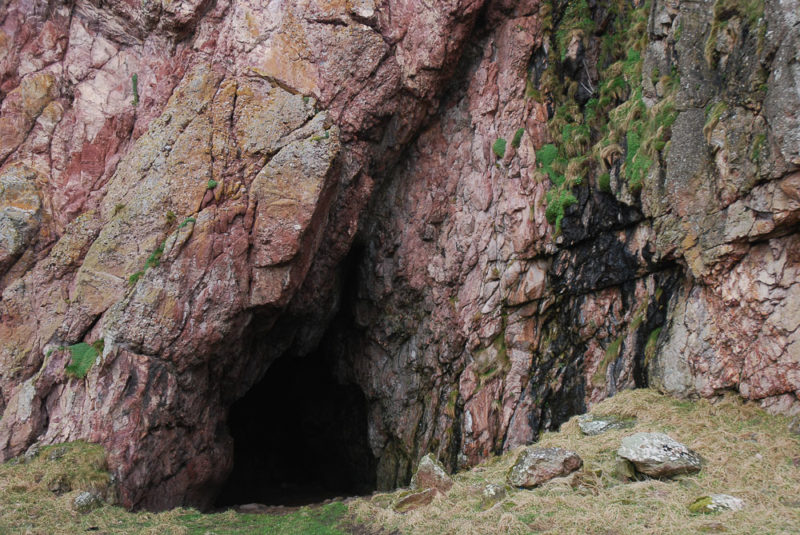 The Keil Caves were inhabited for many centuries; Roman pottery was found here, which is rare in Scotland. They are situated near Columba’s landing place at the southern end of Kintyre – his ‘steps’, carved into rock, are found nearby. 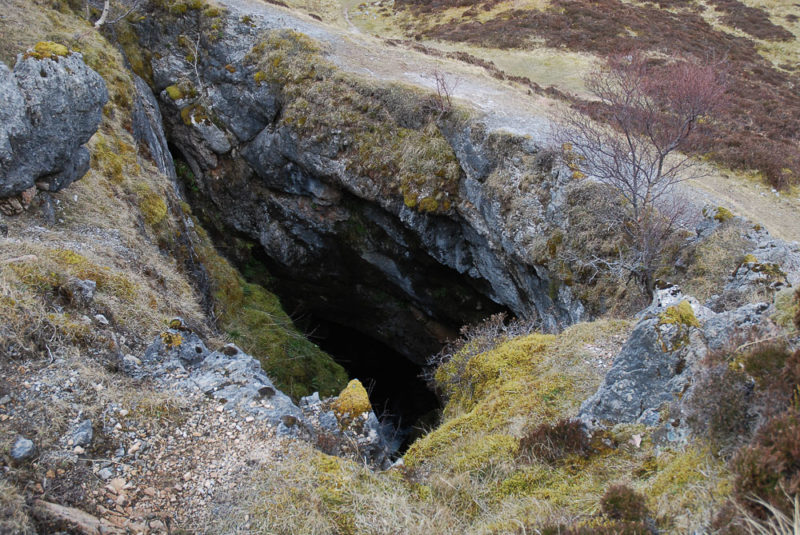 The Traligill Cave system is Scotland’s largest, and a favoured destination for skilled and experienced cavers. There are three main entrances – the Uamh an Tartair with its fearsome waterslide, the (initially) more amenable Uamh An Uisge where water can be heard but not seen, and a vertiginous pot-hole above. Exploring the caves beyond the first chamber of Uamh an Uisge is very dangerous. 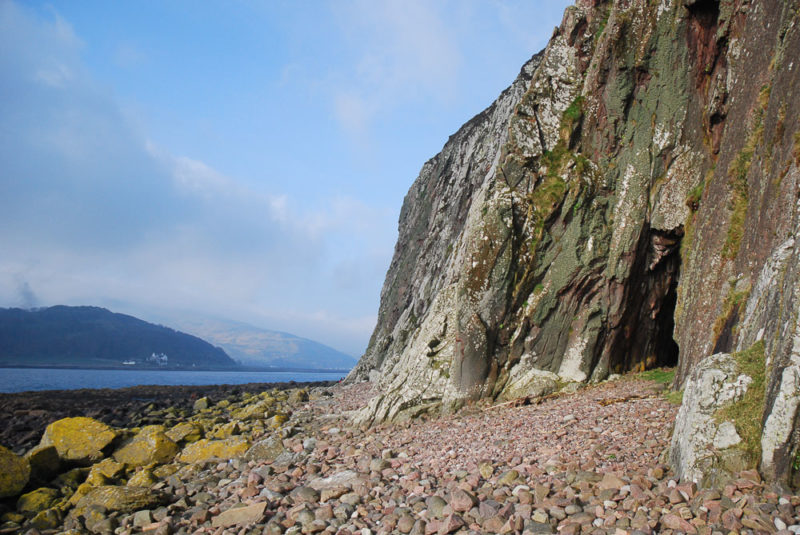 Walking across the tidal sands to Davaar island requires careful study of the tide tables, but the remarkable Crucifixion Cave well rewards the effort. In 1887 a painting of the crucifixion inside was discovered by fisherman who thought it must be the work of a miracle. In fact the painting was made by local art teacher Alexander MacKinnon who said the image had come to him in a dream. He returned to the area a number of times to retouch the painting, and restorations have continued to this day.

Prince Charlie’s Cave and the Spar Cave, Isle of Skye 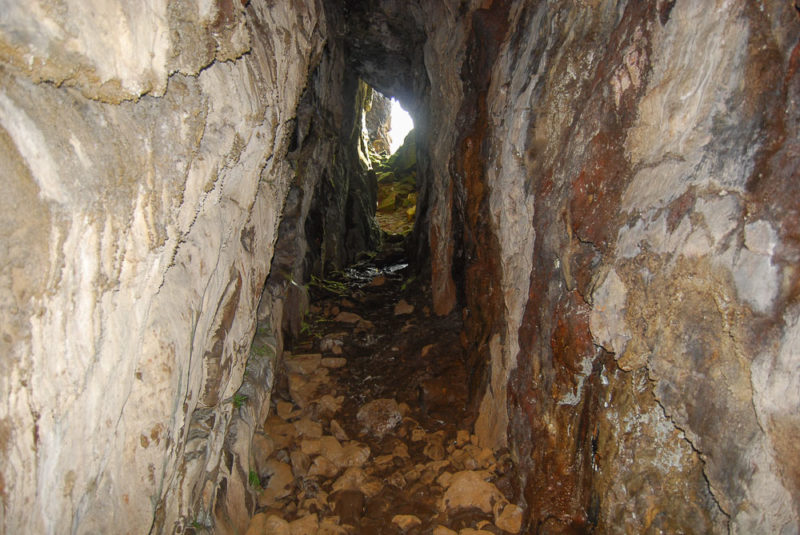 These two caves are both on the Elgol peninsula of Skye. Bonnie Prince Charlie spent his last night on Skye before escaping by boat once more in the first cave, which takes a little hunting out (it’s not the more obvious smaller tidal cave en route); the Spar Cave was once a great showplace with its beautiful flowstone interior but has a difficult tidal approach. 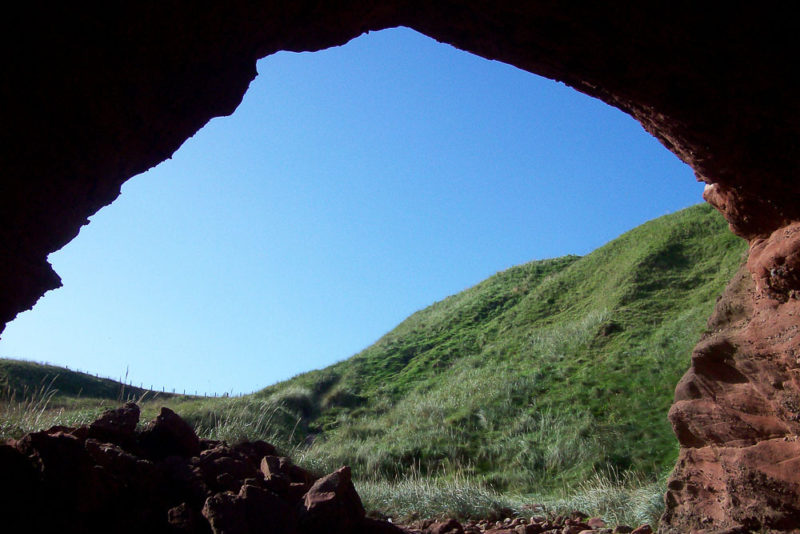 The picturesque village of Pennan was made famous by the cult film Local Hero, but fewer people are aware of the walk extending east from the village to Aberdour Bay – and its series of sandstone caves and arches. 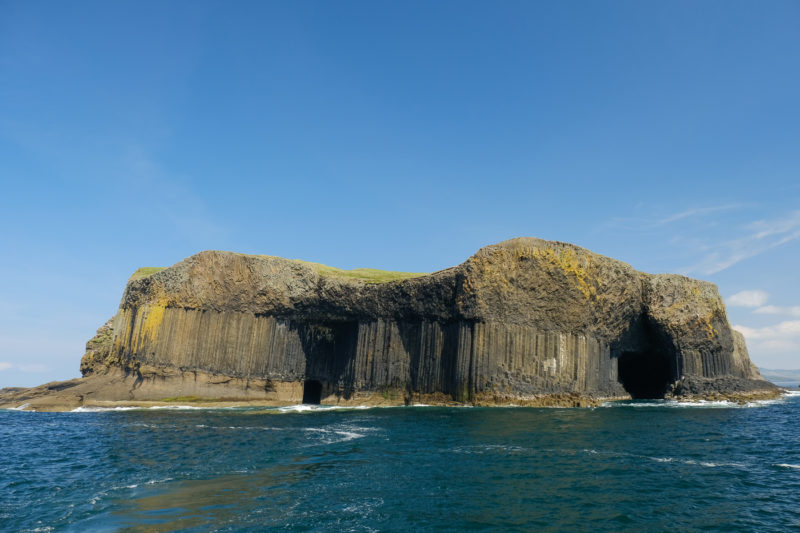 Fingal’s Cave may be set on the tiny and remote island of Staffa, several kilometres offshore from Mull, but it still manages to be the best known of Scotland’s caves. Deservedly so; a boat trip out here is an unforgettable experience, with the sound of the waves filling this dramatic cave of volcanic dolerite columns – a truly remarkable place. The cave has long attracted visitors and was a key stop on the Victorian ‘Grand Tour’; it was the inspiration for Mendelssohn’s Hebridean overture.