Cameron McNeish looks back at an unlikely event that ensured the success of our much lauded Scottish access legislation.

ACCESS campaigners in Scotland have been celebrating the 15th anniversary of the Land Reform (Scotland) Act 2003, probably the most significant piece of legislation to affect all those who enjoy Scotland’s countryside.

The Act secured the traditional rights and freedoms of all of us in Scotland to access land, coast and inland water, provided we do so responsibly. An accompanying code of practice, the Scottish Access Code, sets out those responsibilities for access users and land managers alike.

In many ways the access part of the Land Reform (Scotland) Act simply codified what was previously a ‘de facto’ situation. We always had the right to wander the hills freely, there has always been a right-to-roam in Scotland, but it had never, for a number of reasons, been enshrined in law so had been open to abuse by land managers and landowners.

It wasn’t unusual in the years leading up to the 2003 legislation to see signs that warned people to ‘Keep Out’, or that ‘Trespassers would be Prosecuted’, despite the fact no-one had ever been prosecuted for so-called trespass in Scotland. 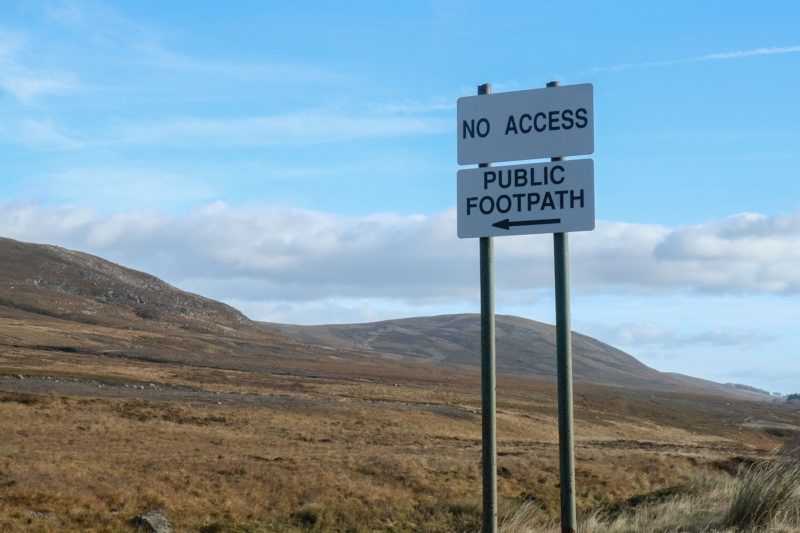 This didn’t pose much of a problem for those of us who wandered the hills prior to 2003. We knew our de facto rights but for many visitors to Scotland and for those who were not so familiar with the history of access rights in Scotland a sign telling you to keep out could be pretty off-putting and could most certainly spoil a day out.

In the years prior to 2003 many campaigners had tried to legislate the de facto right but the truth of the matter was very simple. Had it not been for the creation of the Scottish Parliament, Scotland would never have been granted this kind of legislation, or National Parks. The land-owning interests in the House of Lords would have seen to that.

Even with the will of the majority of the Scottish Parliament – the Scottish Conservative Party was the only party to oppose the legislation – giving the Scottish people a right to responsibly roam wasn’t an easy task.

The Scottish Landowner’s Federation and the National Farmer’s Union were the main opposition at the time and their dire warnings about what could happen if everyone from the cities suddenly fled their urban homes to trample their crops and rob their big houses put the fear of death into a number of politicians, but it was another notable event that eventually won the day for those of us on the pro-access side, an unlikely event too.

In 2001 the UK countryside was decimated by an outbreak of foot and mouth disease. In Scotland, the Environment Minister, Ross Finnie, warned the public to keep away from the countryside, despite the fact that people didn’t spread the disease. When the economic effect of that ban was felt – the business’s on the West Highland Way reckoned they lost over £10M – Finnie did a complete U-turn and urged the Scottish public to go back to the countryside, and spend money!

By that time farmers and landowners had enthusiastically strung up signs all over the place warning people to keep out, and many of them were reluctant to remove them.

This was all happening at a time when Land Reform was being debated in Scotland. At the time there was a coalition Government in Scotland and Sam Galbraith of the Scottish Labour Party and Jim Wallace of the Liberal Democrats were responsible for writing up the draft access provisions of the Bill. What they drafted would have made your hair curl.

The draft legislation included passages that allowed landowners to close down access for several months in the year, there would be no public access to properties owned by the Queen and there was no access to water, either rivers or lochs.

All in all we’d have been far better with what we had previously. Sam Galbraith, in particular, became very hostile to criticism while several pro-access Lib Dem MSP’s, particularly Mike Rumbles, were clearly very concerned and lobbied their Party Leader for changes. 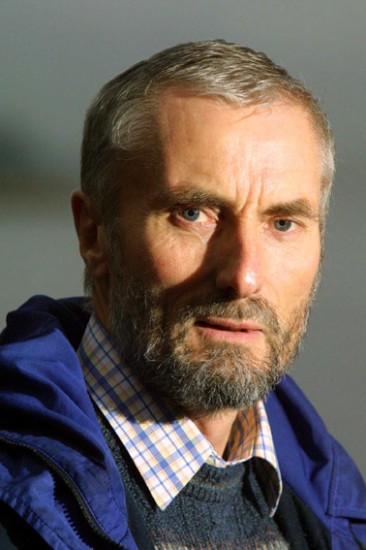 At the time I was President of Ramblers Scotland and on several occasions we took MSP’s on various walks so show them the warning and threatening signs that still littered the Scottish countryside. The result was staggering.

One Sunday evening as I was preparing to go to bed I took a phone call from Dave Morris, director of Ramblers Scotland. He had picked up a rumour that Jim Wallace had been so disgusted by the attitude of Scottish landowners and farmers who had refused to take down their threatening signs that he had re-written the draft legislation and he was about to present it to the Scottish press the next morning.

Dave suggested we were there as the first pro-access campaigners the journalists would meet as they left the press conference in St Andrews House, campaigners who would react very positively to the changes Wallace had made to the draft bill and so, hopefully, help ease it through the remaining Parliamentary stages.

It went perfectly to plan. We hung about outside St Andrews House and the first journalist to appear was the farming correspondent of the Scotsman. We were then interviewed by the BBC and then immediately took part in a lunchtime radio debate with Robert Balfour, the Chair of the Scottish Landowners’ Federation who admitted on air that “Scotland’s land owners had shot themselves in the foot.” In the month’s to follow Wallace’s draft bill saw several amendments but it was basically the genesis of what we have now, the finest access legislation in the world. I’m not sure Jim Wallace, now Baron Wallace of Tankerness, has ever had due credit for what he did. I’m delighted to rectify that now.