THREE years ago the Loch Lomond & Trossachs National Park authority introduced bylaws to combat the loutish behaviour that was turning the east shore of Loch Lomond between Balmaha and Rowardennan into a midden.

At certain times of the year, notably Bank Holidays, hordes of visitors descended on this area, set up camp on the lochside, lit bonfires, consumed lots of alcohol and occasionally fought with each other. Then they would go home, leaving much of their rubbish and mayhem behind them.

That, at least, was the story I was sold when the last East Loch Lomond bylaws were proposed. It may or may not be a true reflection of what went on but I was assured that the bylaws were a ‘sticking plaster’ until new infrastructures, management, policy and education changes were put in place to provide a more sustainable solution.

In effect the East Loch Lomond bylaws put a ban on wild camping between Drymen and about a mile north of Rowardennan, a ban that has been more than a mere nuisance for those backpacking the ever popular West Highland Way, particularly those from abroad who thought they were coming to a country with the finest access arrangements in Europe, if not the world.

While the National Park authority should be congratulated in creating a low cost camp-site at Sallochy (although you still have to pre-book and pay in advance) such a facility is not ideal for those who have heartily embraced the ‘Leave No Trace’ concept of lightweight backpacking. 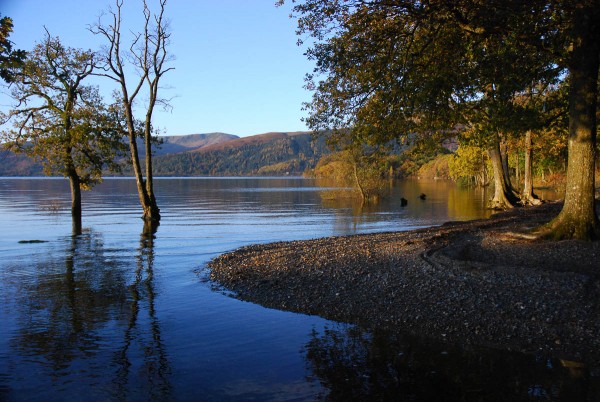 Shore of Loch Lomond at Sallochy

Indeed such a concept of ‘wild camping’ is enshrined in law in Scotland under the widely acclaimed Land Reform (Scotland) Act 2003. It is quite clear that a person can camp for one or two nights in a lightweight tent provided the camp is out of sight of road and houses.

What is not so clear are the reasons why the loutish few have stopped coming to the east shores of Loch Lomond. Is it because there has been a threat of prosecution under the new bylaws? Is it because the infrastructure, management, policy and education put in place by the Park authority are now working, (making the bylaws redundant) or is it because these people have simply moved elsewhere – Glen Etive for example – to party and dump their rubbish?

More likely it’s been because of extra police activity – Operation Ironworks. Immediately prior to the east Loch Lomond bylaws there was a heavy commitment in police activities in the area – ie the police were using the powers that were already available to them to combat such issues as breach of the peace, litter and vandalism.

The senior police officer who advised the Park Authority on the initial bylaws suggests that the reduction in crime seen in the east Loch Lomond area since the bylaw was introduced was probably caused by this extra policing, in addition to a whole range of other procedures, and not merely a bylaw that has been used only once in three years.

Essentially, he points out that it is equally as likely that it was the ban on the public consumption of alcohol that made the significant difference in behavior patterns, rather than any bylaws banning camping.

Significantly, the people responsible for the problems generally came to Loch Lomond to drink, to consume large quantities of alcohol with their mates. The camping was a side issue. If there was a public ban on consuming alcohol in these areas, then chances are these people wouldn’t come back.

Whatever the reasons for the apparent success on east Loch Lomond it is now evident that the Park Authority no longer sees bylaws as a temporary ‘sticking plaster’ solution.

The board has recently published proposals that would extend the bylaws considerably to many other areas within the National Park. These areas not only cover similar lochside areas but include public tourist roads, villages and even some forest tracks. 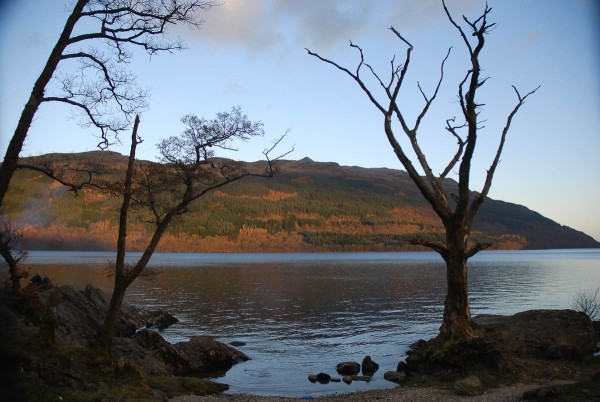 Western shores of Loch Lomond near Tarbet – with roadside campers

It is quite evident that any incidence of anti-social behavior in many of these areas has absolutely nothing to do with wild camping. It is equally clear that if these bylaws go ahead then many innocent, law-abiding backpackers may well be criminalised for simply enjoying what is perfectly legal elsewhere in Scotland.

Surely a much better way forward is to give the police, across the length and breadth of Scotland, the powers to deal effectively with those who wild camp in an anti-social manner. The police should be able to seize and confiscate the camping equipment and the vehicles of those campers who are acting in a criminal way.

By ‘criminal way’ I certainly don’t include those who are simply sleeping in a tent by the side of the road – although the new bylaws would infer that this type of camping would become a criminal act, despite the fact it would be perfectly legal, indeed encouraged, anywhere else in Scotland!

The same goes for the hillwalker who wants to get an early start on one of the Munros in the area. He or she may arrive the night before and sleep in the car in a lay bye to allow for the early start. Under the new bylaws this would become a criminal act if that lay bye was in one of the restricted areas.

Only recently the Highland Council was threatened with legal action because they had signs on some laybys that stated “No Overnight Parking.”

It was made clear to them that if someone became tired and wanted a sleep before continuing his or her journey, and were moved on by the police or by a Council employee, then if that person was involved in an accident due to tiredness, then the police or the Council could be privately sued. The signs are being removed.

What the National Park board is proposing could create exactly the same scenario, leaving the board prone to private prosecution.

Motor caravanners and mobile home owners will also suffer because of the proposed bylaws. Most modern mobile homes and campervans are fitted with toilets and are pretty self sufficient and it’s very rare for this kind of countryside user to leave litter or commit any form of unsocial behavior.

Indeed, the vast majority of motorhome users are respectable senior citizens! And yet they could be criminalised if they camp up for the night in the wrong place. 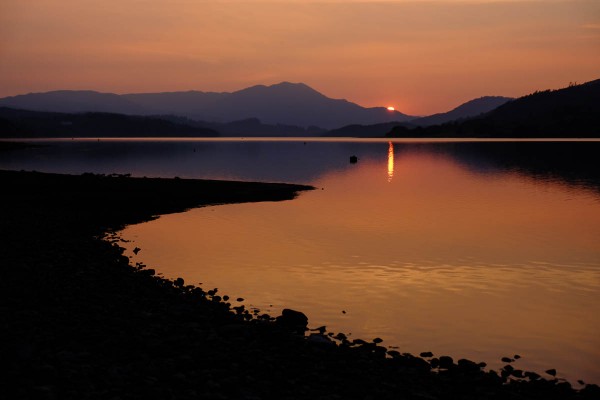 On a personal level I tend to avoid the busy areas of Scotland during bank holiday weekends. However, I have noticed a high concentration of fishermen alongside many of Scotland’s inland lochs, during most summer weekends.

Many of these fishermen camp overnight and even light bonfires to keep warm. These people, most of them law-abiding, working-class angling enthusiasts with proper fishing permits, would also become victims of the new bylaws.

And have no doubt that various land owners and land managers throughout Scotland are watching events in the National Park with considerable interest. Despite the success of the Land Reform (Scotland) Act there are still dark forces within the land-owning community who would like to see the access arrangements curbed as much as possible.

If the LL&TNP board get away with the extension of their draconian bylaws then be assured others will demand similar legislation for their particular area. This could be the thin end of a wedge that could completely ruin Scotland’s hard won access rights.

It’s particularly shameful, to say the least, that this wedge should be created by the board of Scotland’s first National Park, an institution set up to encourage people to enjoy and appreciate the Scottish countryside. John Muir must be doing cartwheels in his grave.

The National Park’s public consultation on the bylaws is now closed.