The fire that never goes out

David Lintern pays his respects at the Craigallian Fire memorial.

After last month’s pilgrimage to the birthplace of British conservation all the way up in Torridon, I wanted to take a look at something much closer to home, but just as significant in our shared outdoor story. It’s somewhere that tens of thousands from all over the world will pass each year, and a place that is within easy reach of most of us in the Central Belt. It’s easy to miss, but one of the most important heritage sites in Scotland when thinking about the development of outdoor access and participation, the right to roam, as well as the development of the Loch Lomond and Trossachs National Park. In it’s heyday it was known as ‘the fire that never goes out’ – the Craigallian fire. The girls and I went out a month or so ago on the bikes, making a circuit of our visit, through Mugdock park on the outskirts of Glasgow. If you don’t drive or cycle and want to use public transport, there’s a well-kept path from Milngavie – it’s the very first part of the West Highland Way. You’re looking for a memorial stone, at the northerly end of Craigallian Loch. Despite the nearby foot traffic on the path, it was a quiet, unassuming place on an overcast summer’s day, but with a very palpable sense of history. 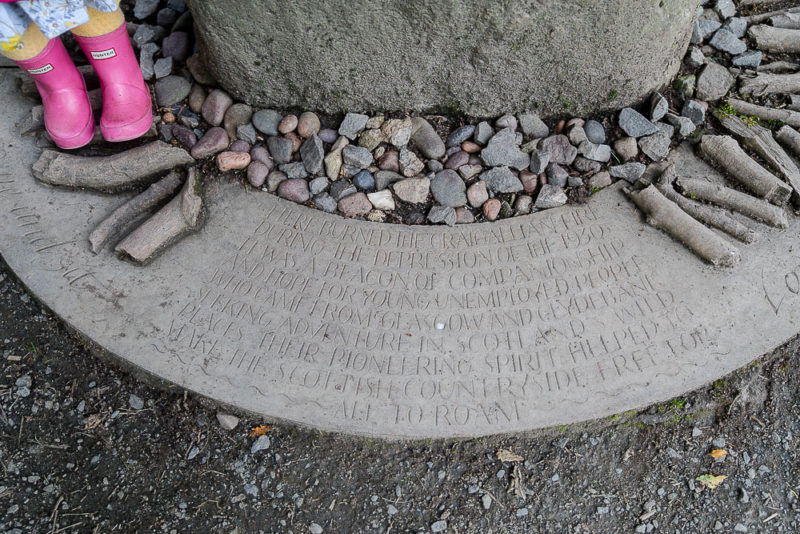 Here burned the Craigallian Fire. During the Depression of the 1930s, it was a beacon of companionship and hope for young unemployed people who came from Glasgow and Clydebank seeking adventure in Scotland’s wild places. Their pioneering spirit helped to make the Scottish countryside free for all to roam.

I’ve wanted to go and pay my respects since I first heard about it in 2012. Relatives of 2 of these original firesitters had successfully fundraised for a proper memorial. As a southerner, I was familiar with the Kinder Mass Trespass and the development of the Pennine Way – organic and revolutionary acts by the industrial working classes to reclaim a meagre ration of land rights and escape urban poverty, even if only for the weekend – but here was a uniquely Scottish story whose protagonists were every bit as pioneering, and as politically grounded, as their southern counterparts. 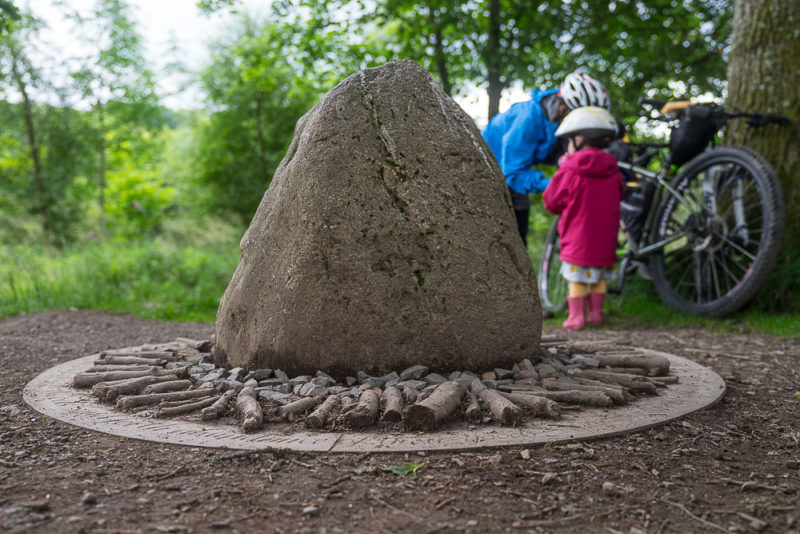 The campfire is reckoned to have burned non-stop between about 1920 and the onset of World War Two – a place to drum up a brew, warm the hands and catch up with mates old and new, heading out or back for a day or three on the hill. It was a long evening’s walk after finishing work, but after a rest at the fire, the southern highlands were within reach, and Glen Coe was perhaps hitch-able. That was, if work was to be had – many of the fire sitters weren’t so lucky. The inter war years brought economic depression and mass unemployment. Whilst the urban poor struggled to feed themselves in desperate living and working conditions, the landed aristocracy romped free across large estates. This was long before the assumption of access we all enjoy today – arguments and fights with estate keepers and grounds men were commonplace. There are even stories of gunfire exchanged. No wonder then, that conversation around the fire was often of a political nature, and as red as the embers. By all accounts, the fire sitter’s talk was as tough as their walk. There were many small fires that burned alongside Loch Lomond, but the Craigallian fire, with it’s stand of trees for shelter and a small burn for a brew, became not only a staging post, but also a symbol and a catalyst for ambitions on and off the hill. Both the Lomond and the Creagh Dhu Mountaineering Club were kindled there. Jock Nimlin and Tom Weir, later to become influential climbers, writers and broadcasters in their turn, were frequent visitors too. It was an outdoor university in a similar way as the Welsh mining eisteddfods, but perhaps even more diverse. This cultural melting pot included students, academics and artists, veterans of the trenches of the First World War and the barricades of the Spanish Civil War, employed draughtsmen and unemployed shipbuilders, all bound together by a passion for walking, climbing and canoeing (with the occasional spot of poaching).

Bob Grieve, who went on to become a Professor of Planning and a Chair of the Highlands and Islands Development Board, was also a regular sitter. Hamish Brown, whose book about a continuous round of the Munros probably did more than any other to seed the idea of Munro bagging in our modern popular consciousness, knew many of the sitters personally and was directly influenced by their hardiness and brazen trespassing. Socialism may be a dirty word in the media these days, but the left leaning alchemy concocted around the fire over those two decades or more, went on to seed popular and mainstream ideas about freedom of access, traditional climbing ethics and the establishment of the first Scottish National Park at Loch Lomond – ‘the people’s park’ – that today we take for granted. 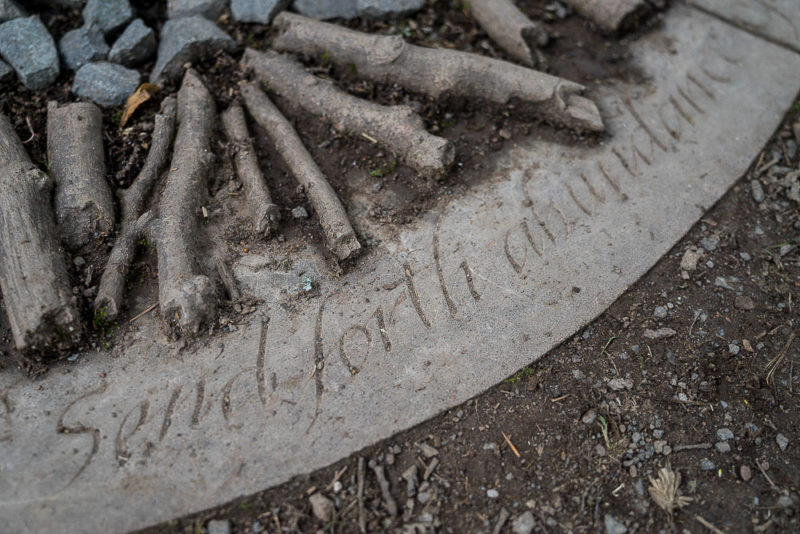 The fire fizzled out around the onset of the Second World War, but Clydesiders escaping the blitz swiftly resurrected the site. The fire was lit in the day and put out at night, so as not to attract enemy attention. The nearby huts at Carbeth provided shelter for many of those made homeless in the devastation. This back- to-the-land community had sprung up at a similar time to the original fire, and was another hotbed of outdoors activism and independent thinking. Co-founder William Ferris was later involved in the Scottish Ramblers, Scottish Rights of Way society and several other key organisations. The Carbeth hutting community is still there, and in recent years won a long term rent strike and a campaign to buy their land communally. They are a beacon of hope for many modern day land reformers and a positive example of a more sustainable, active community engagement in the Scottish outdoors. In our current era of outdoors consumerism and gentrification, and with even mindful wild camping now banned in some parts of the Loch Lomond and Trossachs National Park, it’s absolutely vital to recognise and remember the historical and political background that gave birth to so much of our mainstream outdoors culture. It’s our tradition and our outdoors – we should know it and nurture it well.

The Craigallian Fire Memorial can be visited from Milngavie by following the first stage of the West Highland Way. It’s just off the path at the north end of Craigallian Loch.