Scotland's capital city is perhaps the finest place in the UK for urban exploration on foot. The heart of the city, a World Heritage Site, is packed with attractions, fascinating buildings and a remarkable history. The famous castle sits proud on its rock at the top of the Old Town, a warren of medieval streets and alleyways sweeping down to Holyrood Palace and the Scottish Parliament at the foot of the Royal Mile. Here is Holyrood Park, surely one of the most dramatic city parks in the world, with the mini-mountain of Arthur's Seat at its heart.

Edinburgh was the centre of the Scottish Enlightenment and became dubbed 'the Athens of the North'; the legacy of this period lies in the superb Georgian architecture of the New Town and its surrounding districts - the largest concentration of Georgian buildings in the world. Surrounding areas such as Stocksbridge and Dean Village are well worth exploring, as is the revitalised Port of Leith. The Water of Leith walkway reveals a cross-section of the entire city, whilst the suburban hills such as Corstorphine, Blackford and the Braids provide superb skylines looking back into the heart of this remarkable city. 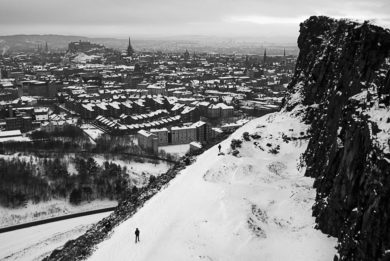 FEATURE: Edinburgh: a half green city

Ben Dolphin takes a look at greenspace in Edinburgh, which has more than any other large UK city.

"A friend of mine once told me of the time she was showing a Parisian client around Edinburgh and how, as a proud Reekie resident, she made a point of taking her visitor to all the best vantage points and sights. At the end of the day, eager for his opinion on the city, she asked him what he thought..."

FEATURE: The Seven Hills of Edinburgh

In an allusion to Rome, Edinburgh is said to be built on seven hills – though it’s not hard to come up with a few more if you know the city well. Nonetheless the seven has stuck, and there’s even an annual race – a combination of hill-running, road-running and urban orienteering – to climb them all, with the winners getting round in an amazing 1 hour 40 minutes. For most of the rest of us, it’s enough to climb the hills as a series of walks, all of them being featured on Walkhighlands routes within the city. 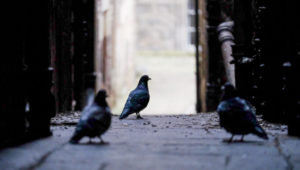 Linda Cracknell takes a mesmerising look at her journey to walk.

"For over four years in the early 1990s, when I lived near Stirling and travelled to work by train, I walked a short distance through the convulsions of Edinburgh’s Old Town from Waverley Station to a small close off the Canongate. I don’t need to labour the magic of Edinburgh as a city to explore on foot..."