Confused about re-wilding? So am I!

I guess website columnists are paid to inspire and inform, provide solutions to problems or to offer a sensible analysis of events and trends.

I therefore apologise unreservedly, because what I am about to write offers no positive or constructive discourse at all. In effect it exposes me as a confused and disordered soul still seeking answers to some very important questions. You see when it comes to the issue of ‘re-wilding’ I am as undecided as anyone.

So please be patient with me as I attempt to separate ambition from dreams, optimism from reality and pragmatism from desire.

Several years ago I walked the length of Scotland partly in search of answers to a question that I had burdened myself with – what does the future hold for the wild places of Scotland? In some ways my trek, which should have been a joyous celebration of the diverse and magnificent characteristics of our landscape, was spoiled by this monkey on my back, a mischievous imp that chattered endlessly about prairie-style agriculture, lack of hedgerows, subsidies, windfarms, bulldozed tracks and a thousand other negatives.

It wasn’t until I reached the bare slopes of the highland hills that I began to feel more comfortable and my mischievous friend’s chattering subsided.

It didn’t take me to long to realise that I had reached a comfort zone created by familiarity – I’ve always known our hills and mountains are in effect ‘wet deserts’; I’ve always looked through rose-tinted specs at Scottish landscapes that are actually degraded; I’ve always been aware of the mono-culture created by shooting estates – but these are the places that have inspired and motivated me throughout a career that’s lasted almost half a century. So why should something be wrong?

Haven’t hillwalkers co-existed pretty well with those who take pleasure from stalking deer or grouse? The sheep that are now vanishing from our hills have long been part of the rural furniture, and I can’t honestly say my experiences of wandering and exploring the Scottish hills and glens have been spoiled because I’ve never seen a wolf, or a bear, or a lynx. Having said that, many memorable days have been blessed by the sight of an osprey or a sea eagle, both re-introduced species.

And that’s the rub. Could my lifetime of hillwalking have been better if I had climbed up through natural woodlands to reach the summits? Would those years have been even more memorable if I could have watched a pack of wolves prey on a stag? Would my days have been more enjoyable if there had been a greater diversity of wildlife? 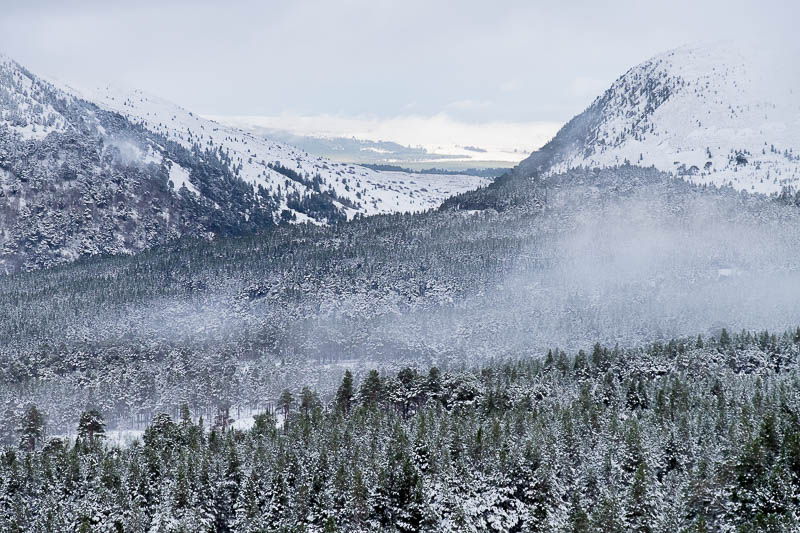 A richer biodiversity and a natural order of things that excludes mankind is surely beneficial – but to what and to whom? Wolves and lynx and beaver and wildcat could prosper and deer populations would be naturally regulated while sheep would vanish from the uplands allowing shrubs and trees to regenerate naturally. Sounds almost too good to be true? Could re-wilding produce that?

On my Scotland End to End walk the questions I had set myself were these – what is the next throw of the dice for Scotland’s wild land areas? How would I like to see these areas in 50 years time?

I would love to see Scottish landscapes where the top predators, like wolves, dictated the ecological order, where trees and wildlife flourished, where lochs and rivers were well stocked and where birds of prey flourished, indicating ecological balance.

Can these two ‘visions’ of the Scottish Highlands exist side by side? 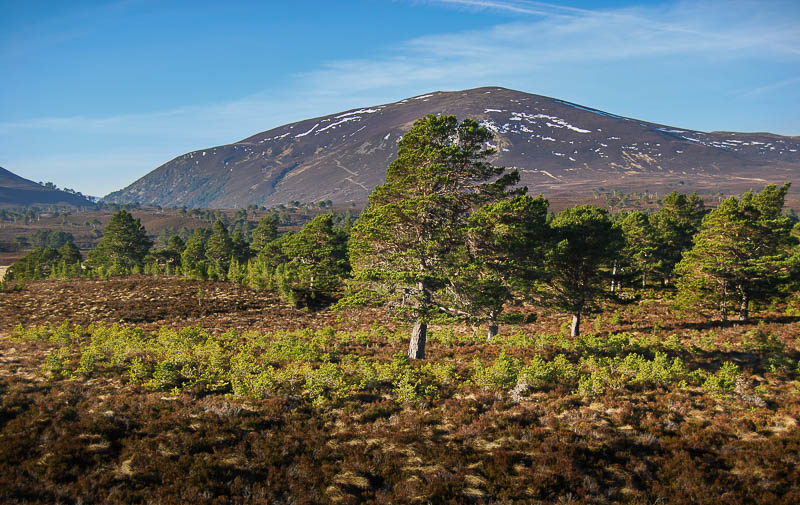 Natural regeneration – a pine surrounded by a ring of new seedlings, Abernethy Forest

And tell me this. Which re-wilding enthusiast is going to walk into the bar at any number of Highland hotels and tell the off-duty gamekeepers and ghillies that their industry doesn’t have a future and they are now out of a home and a job – a job that many have spent years training for.

Who is going to tell old Donnie Ross, the shepherd from Kincraig near Aviemore, that his sons are now out of a job because sheep are not compatible with the re-wilding vision?

Who is going to explain to the tens of thousands of folk living in rural Scotland that they are to be cleared to make way, not for sheep this time, but for wolves and lynx and beavers and trees?

Who is going to prevent hillwalkers from wandering the hills and glens because various re-wilding groups believe certain areas should be fenced off for wildlife conservation alone?

Who will replace the rich landowners who currently throw silly money at many Highland estates just to keep them going?

OK, I know I have milked it a bit but I’m not sure how far this re-wilding vision goes. To what period of natural history are we to return to – 50 years, a hundred years, a thousand years ago? And is there not a hint of arrogance in the thought that man can ‘fix’ the problems he has created since the industrial evolution? 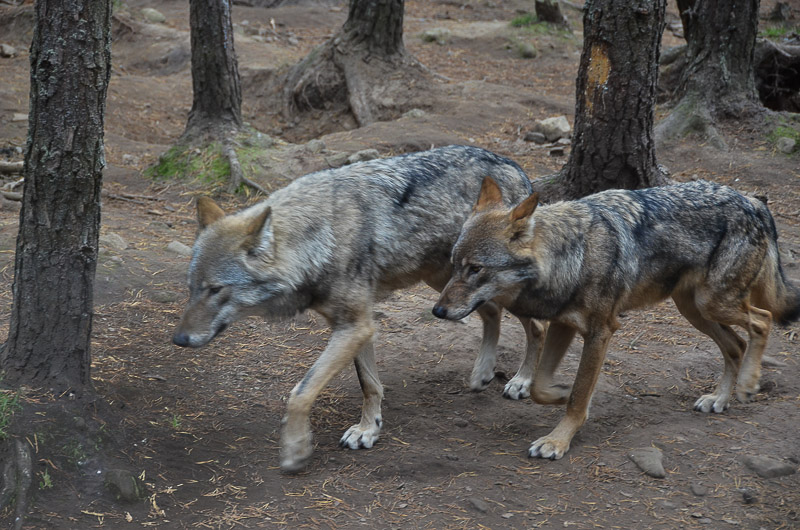 Is re-wilding not simply about man withdrawing and allowing nature to do her work herself, unaided and unsupported?

I’m certainly not against re-wilding and I’ve supported those few estates where enlightened landowners are leading the way, Like Glen Feshie and Corrour and Coignafearn, but I believe that in the larger scale it is currently an unrealistic vision. But that’s not to say we shouldn’t grasp such a vision. Indeed, it’s hugely important to have that vision, to cling to that vision, to spread the word of that vision with evangelistic zeal, because one day, perhaps, it might just happen.

So, confused soul that I am, for the moment I’m going to listen to the arguments on both sides, probably have a good blether with David Balharry who has just been appointed as Scottish Director of ReWilding Britain, and try and work out some kind of understanding for myself. It could be a long haul…