Our Pick – 10 of Scotland’s stunning castles

Scotland is renowned for its magnificent castles, with some authorities having counted more than 1,200 of them. They offer tremendous variety, ranging from romantic, craggy ruins to luxurious stately homes for the wealthiest landowners, here’s our personal pick of 10 of the best – including both some of the most celebrated, and some very little known. We’ve included the walks from which they can be seen. 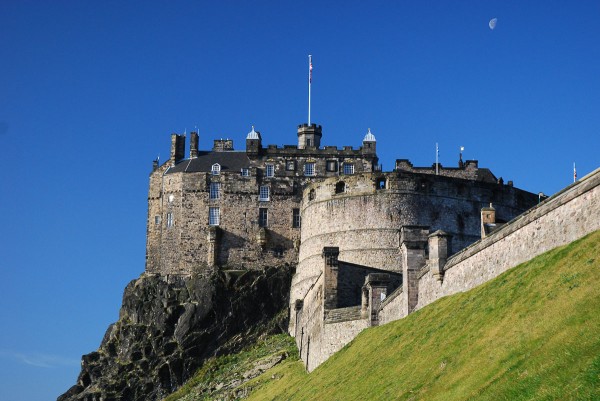 Where else to start but with what must be the most famous of them all? Sitting atop its magnificent rock at the heart of Scotland’s capital, the site has been occupied since the Iron Age and a visit to the castle reveals more history than you could shake a claymore at.

Walk: Edinburgh Old Town – explore the medieval half of the World Heritage site that makes up Edinburgh’s cityscapes. 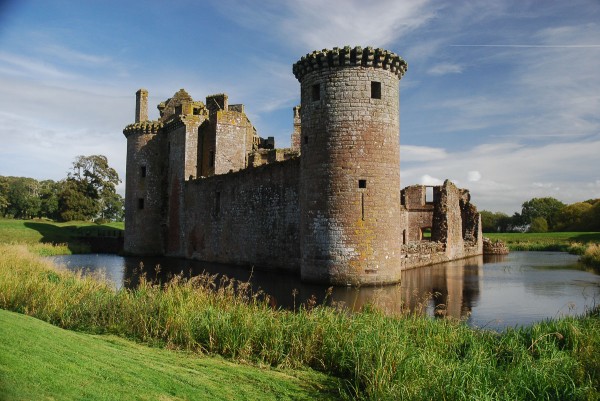 With its spectacular moat and twin-towered gatehouse, Caerlaverock is a 13th century gem that played a role in defending the Scottish Kingdom. It’s triangular shape is considered unique.

Walk: Caerlaverock Castle and Nature Reserve – watch the wintering geese on the mudflats of a National Nature Reserve as well as visiting this great stronghold. It’s Location, Location, Location with this stunning four storey tower house set on a tidal island off from the shores of Loch Linnhe on the coastline of Argyll. It’s hard not to beleive that the Lords of Lorn who built it around 1320 didn’t have one eye on the future postcard industry.

Walk: Jubilee Bridge and Castle Stalker – our walk crosses a recently-restored wooden bridge across the flats of Loch Laich before reaching a good viewpoint for the castle. This fortress on the Aberdeenshire coastline must rank amongst Scotland’s most spectacular ruins. Dunnottar has played a key role in the nation’s history too – the Scottish crown jewels were hidden here from Oliver Cromwell’s invading army in the seventeenth century.

Walk: Dunnottar Castle from Stonehaven – even without a visit to the castle this would make an excellent coastal circuit. Moving from the famous to the decidedly obscure, we couldn’t omit Corogon Castle on the Isle of Canna – both for its formidably inaccessible crag-top construction, and for its location on the coastline of this most verdant of the Small Isles. The early traveller Thomas Pennant described it in 1772 as “… a lofty slender rock, that juts into the sea: on one side is a little tower, at a vast height above us, accessible by a narrow and horrible path: it seems so small as scarce to be able to contain half a dozen people”

Walks on the Isle of Canna – the castle is not far from the ferry jetty, and can be well seen from the Explorer route or the more challenging coastal circuit. From the smallest on our list to probably the largest; whilst its origins are back in the Middle Ages, Dunrobin is the seat of the Earls of Sutherland and expanded to become the most impressive stately home in the Highlands. The castle is now a popular attraction for visitors. For a sobering contrast to the impressive riches of the castle, take a trip to the nearby Clearance village of Badbea to discover why the ancestors of the Sutherlands were amongst the most notorious of Highland landowners.

Walk: Brora to Golspie coast walk – great views of Dunrobin are just one of the highlights of this excellent linear coastal walk, also taking in a well-preserved broch. 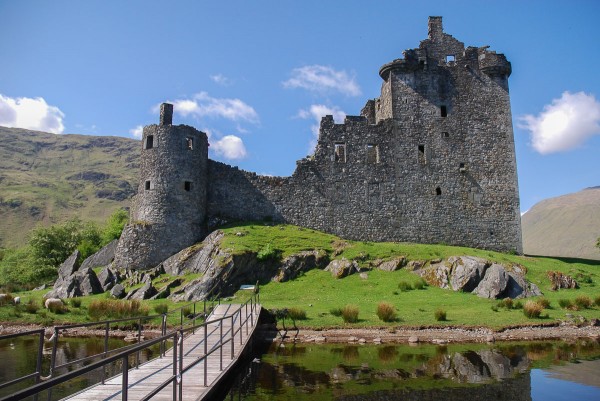 This impressive ruined pile on Loch Awe is surrounded by classic Highland scenery. Built in the 1400s by the first Lord of Glenorchy, the castle has been ruined since 1760 when it was damaged by lightning.

Walk: Kilchurn Castle from  the east 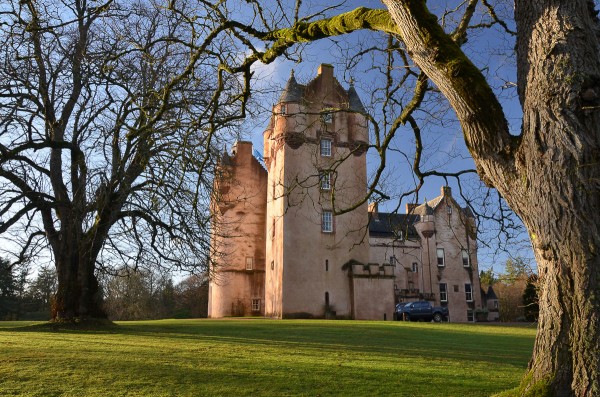 Aberdeenshire is classic castle country – and the home of Scotland’s only dedicated castle trail, taking in 17 historic piles. Founded in the 13th century, Fyvie Castle was hugely expanded to become a great Edwardian treasure house and is now in the care of the National Trust for Scotland.

Walk: Fyvie Castle – our route explores the grounds, including a lochside path with wildlife hides and beautiful rhododendrons in the spring. 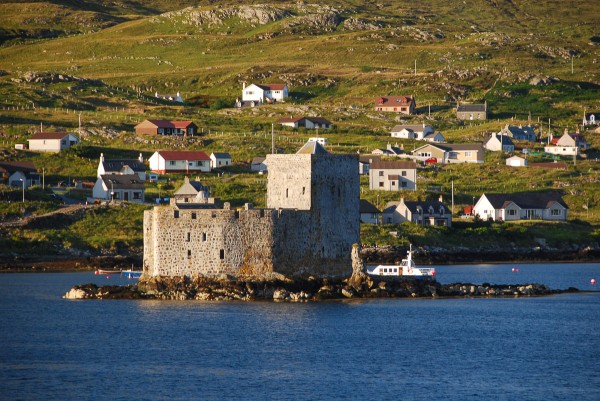 Built on a tiny rock just offshore of one of Scotland’s most beautiful islands, Kisimul Castle dates back to the sixteenth century. Guarding the harbour of Barra’s capital, the well-named Castlebay, it cannot be missed by visitors to the island. A tiny boat ferries visitors across the water to discover more.

Walks on the Isle of Barra 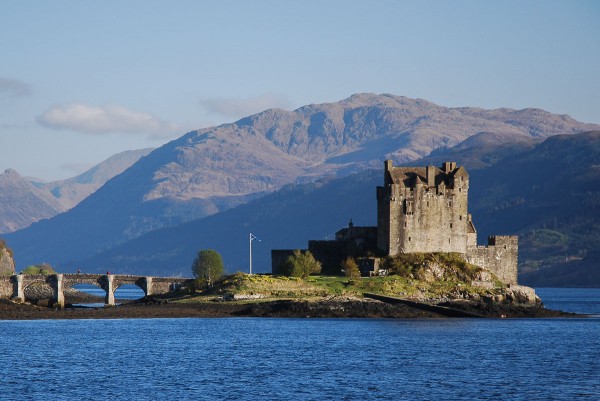 Whilst we’re pained at some of the amazing castles we’ve omitted, no list of Scottish castles could realistically overlook Eilean Donan. Set on its tiny islet on Loch Duich – complete with bridge – it is one of the most iconic images of Scotland. The site has been in use since the sixth century but the current castle was greatly reconstructed in the twentieth century. Eilean Donan has featured in many films, including Highlander, and was the Scottish headquarters of MI6 in the World is Not Enough.

Walk: Dornie, Eas Ban and Carr Brae – this more challenging circuit from the nearby village of Dornie takes in spectacular Highland landscapes.