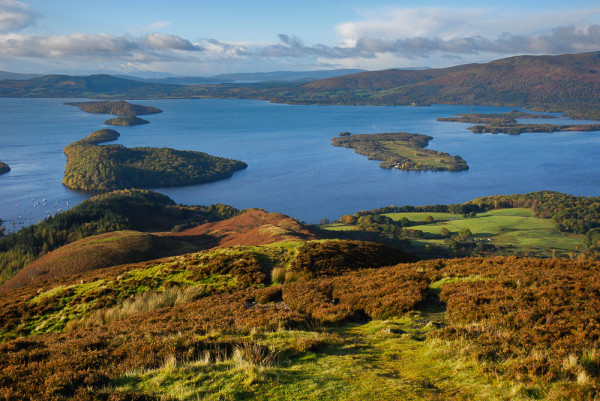 Loch Lomond, its bonnie banks famously celebrated in song, is Britain’s largest freshwater lake by area, stretching over 71 square kilometres. The loch is at the heart of Scotland’s busiest National Park, and has many islands, including Inchmurrin – the largest on any loch – and beautiful Inchcailloch. The Highland fault line runs right through the loch and ensures a great variety of scenery, ranging from the placid Lomond Shores at Balloch, to the foot of towering Ben Lomond. The West Highland Way path follows much of the eastern shores of the loch. 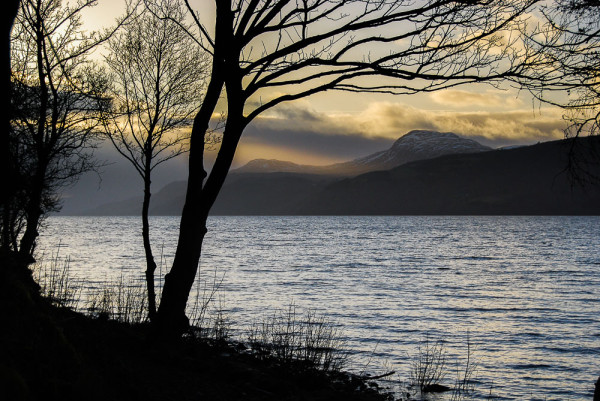 Loch Ness may be narrow, but its exceptional depth and its length means it is the largest loch by volume with 7.45 cubic kilometres of water – amazingly containing nearly double the water in all the lakes of England and Wales combined. It is, however, for its legendary monster Nessie that it is most famous, helping it to be one of the most internationally known places in Scotland. The Great Glen Way path takes in the length of the loch, with higher and lower level options above its northern shores. 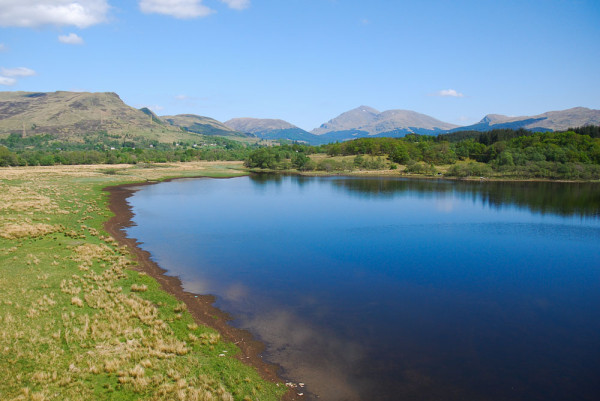 Loch Awe is Scotland’s longest loch, measuring 41km from its head near the romantic ruins of Kilchurn Castle, to its foot near the village of Ford. The great mountains of the Ben Cruachan range dominate its northern end, whilst much of its middle reaches are forested – with plenty of good walks available in the fine oakwoods on the western shores. 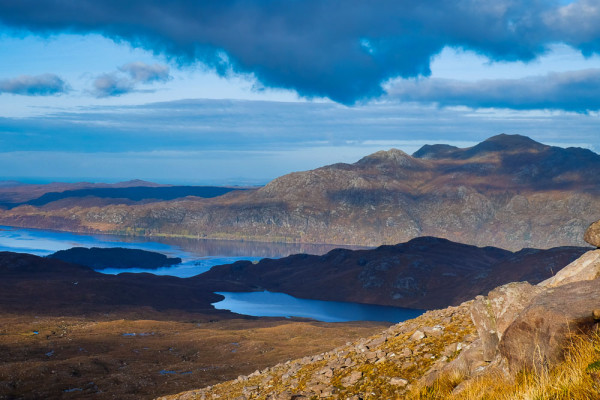 Loch Maree is often acclaimed as the most beautiful of Scotland’s freshwater lochs, with the castellated fortress-like mountain of Slioch dominating the wild northern shores. The loch contains five large wooded islands and over 25 smaller ones, many of which have their own lakelets; one of them is the only island on a loch in Britain that contains a loch containing its own island. The southern shores also have some magnificent remnants of the ancient Caledonian pinewoods. 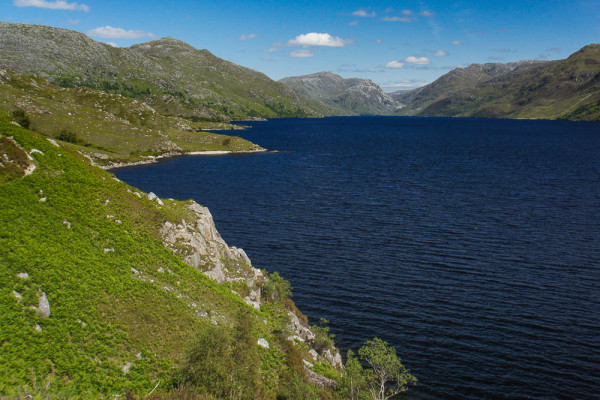 Loch Morar is Britain’s deepest freshwater loch, reaching down to a remarkable 310m – 301m below sea level. The village of Morar lies at the western end of the loch, but most of its shores are remote and extremely rugged. The loch is said to be home to a monster called Morag – a close relative of Nessie. 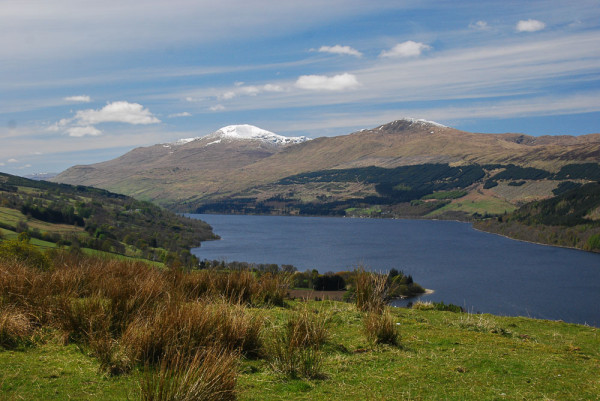 Loch Tay lies at the heart of Perthshire, stretching from the picturesque village of Killin in the west to Kenmore near Aberfeldy in the east. Ben Lawers – the ninth highest mountain in the UK – rises to its north, whilst the Rob Roy Way long distance path runs along the southern side of the loch. 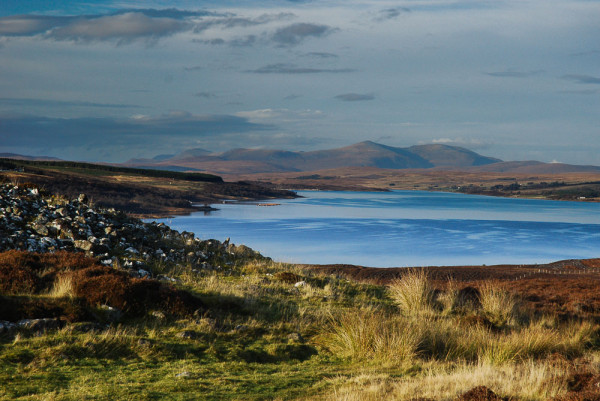 Loch Shin is one of the less known of Scotland’s larger lochs, lying at the heart of the bleak interior of Sutherland in the far north. The village of Lairg – small, but a key centre for such a remote area – lies at its southern end. The photo above shows the loch seen from The Ord – a low hill rising above Lairg that is fabulously rich in archaeological remains. 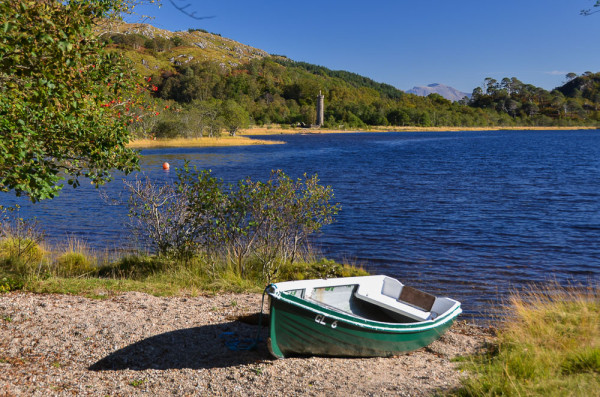 Loch Shiel must be a rival to Loch Maree as one of the most beautiful freshwater lochs. Its northern end at Glenfinnan is the best known, with its Harry Potter viaduct and a fine monument looking down the loch and commemorating where Bonnie Prince Charlie raised his standard to gather support from the clans at the start of the great Jacobite rebellion. The mountains on either side of the loch are rugged and magnificent but relatively unfrequented, lacking Munro status; there are beautiful walks at Polloch and Dalelia further down the loch. 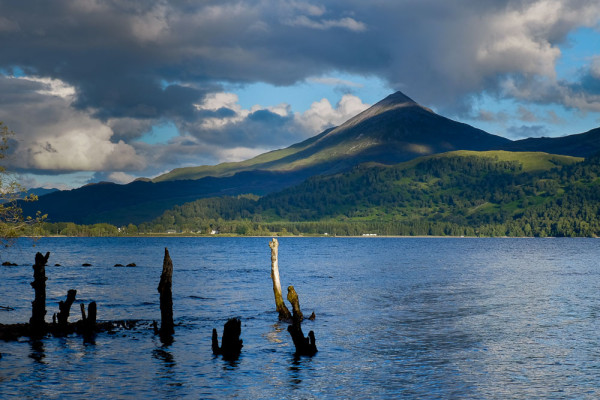 Loch Rannoch is set in the most northerly part of Perthshire, running west from the village of Kinloch Rannoch up towards Rannoch Station where the road along its northern shore ends. The loch is perhaps best known for its stunning views of Schiehallion, and for the Black Wood of Rannoch on its southern shore. 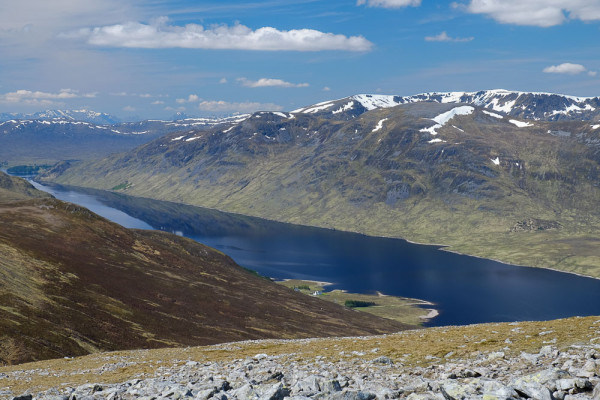 Loch Ericht lies at the very heart of the central Highlands. Most of its shoreline is very remote, and only the northern end comes within sight of roads near the village of Dalwhinnie on the A9. The Ben Alder mountain range dominates the northern side of the loch, as seen in the view above from Beinn Udlamain in the Drumochter hills. 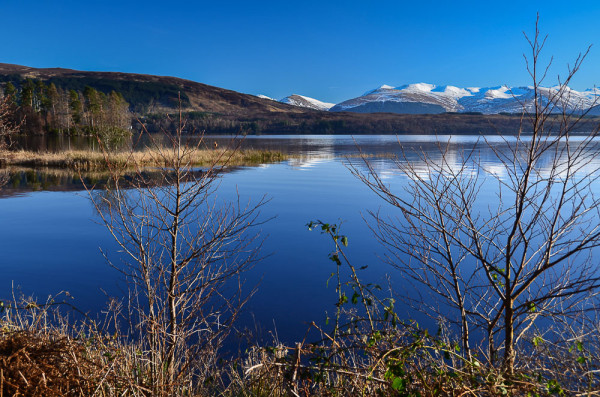 Like Loch Ness, Loch Lochy lies in the Great Glen, the massive faultline that divides the Highlands and carries the route of the Caledonian Canal from coast to coast. It has a pair of Munros on its northern side together with the Great Glen Way, whilst the main A82 road runs along to the south. 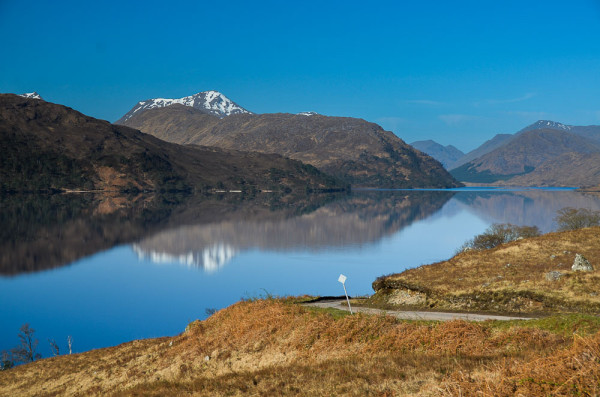 Loch Arkaig has its foot very close to Loch Lochy, but it extends 19km west into ever wilder country, reaching the fringes of the celebrated Rough Bounds of Knoydart. A roller-coaster of a single track road follows its northern shores, giving access to some of Scotland’s most remote peaks. 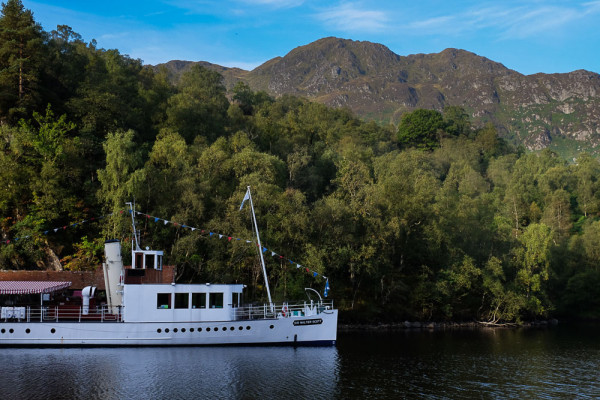 Although it has been a reservoir since 1859 when the water level was raised to provide a clean supply for Glasgow, Loch Katrine in the Trossachs still ranks amongst Scotland’s more beautiful and best-loved lochs. Its northern shore carries a tarmac road but one which is closed to traffic but ideal for walkers and cyclists, and the Sir Walter Scott steamship service on the loch enables it to be completed as a one-way route.